Today (18 November), the Alliance to Save Our Antibiotics has published a report examining 50 years since a ground-breaking government report on farm antibiotic use.

The in-depth report sets out the history of farm antibiotic use and regulation since the 1969 Swann report first concluded that the overuse of antibiotics in farming was a threat to human health.

Swann song for routine antibiotic use, 50 years on? warns that increased competition after Brexit from imports produced to lower standards could undermine and reverse recent reductions in British farm antibiotic use. The report states that if the future government pursues trade deals with countries farming to lower standards, health and environmental protections may be threatened. 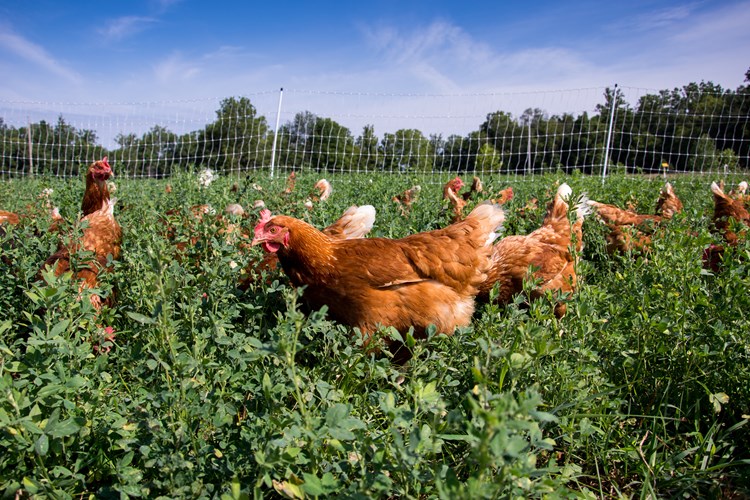 Cóilín Nunan, Scientific Adviser at the Alliance to Save Our Antibiotics, said: “50 years ago the Swann committee gave in to pressure from vested interests and failed to recommend an end to preventative mass medication, even though it knew the practice was unjustifiable and the cause of a deadly outbreak of antibiotic-resistant Salmonella. Half a century later, still no one has come forward with a valid reason for allowing this misuse of antibiotics to continue."

50 years of limited progress on antibiotics

The 1969 Swann report said the intensification of livestock farming had led to more disease problems and that it could not find “any excuse in logic or theory” for the practice of feeding antibiotics preventatively to groups of animals.

Fifty years later, intensive farming is still associated with major disease problems, and mass medication with antibiotics, or other forms of medication, remain common as a way of stopping the spread of disease in systems where animals are kept in low-welfare conditions.

In recent years, many farmers have voluntarily limited preventative antibiotic use, which has contributed to a 50% reduction in antibiotic use. Despite this good progress, use remains higher than it was before Swann.

In 2018, the European Parliament voted to end the practice of treating groups of healthy animals with antibiotics. The ban will come into force in 2022, after the UK’s planned exit from the European Union.

So far, the UK has refused to commit to the same ban after Brexit, despite senior medics calling on the then Health and Environment Secretaries to do so in 2018.

Coilin Nunan continued: “The good progress that has been made in the UK in recent years through voluntary action is now at risk if the UK decides to undercut EU regulations and open the British market to cheap imports produced with very high antibiotic use. Increased competition may convince some farmers to reverse cuts in antibiotic use, presenting us all with the double threat of low-quality imports and a race to the bottom in UK farming.

“Any future government must implement a complete ban on preventative mass medication as a step towards sustainable and responsible farm antibiotic use. Future trade deals should only allow imports produced to high UK antibiotic and animal welfare standards, to protect UK producers from being undercut and avoid a race to the bottom”.