The Soil Association is alarmed to hear the government is planning to water down plans to reward farmers for protecting the environment.

An announcement is expected from Defra on the future of the Environmental Land Management Scheme (ELMS) in early December, which is the government’s post-Brexit farming policy intended to replace the previous Basic Payment Scheme where farm payments were based on land ownership.

Since Brexit, the government has outlined plans to reward farmers for delivering “public goods” by protecting the environment, but the many changes in government leadership has led to uncertainty over the future of ELMS.

The Soil Association is urging government to push forward with more, not less, ambition for the schemes.

We are calling for ministers to urgently provide reassurance that payments for organic farmers will continue, alongside support for a revolutionary shift to more resilient, nature-friendly farming across the UK.

In a statement issued to press today, our Head of Farming Policy Gareth Morgan said: “Any U-turn by this government on its commitment to sustainable food and farming would be an alarming betrayal of nature, farmers and public health. The environmental promises our new Prime Minister is making from the world stage at COP27 will ring hollow if his government waters down plans to reward farmers for protecting the environment. This policy is crucial at a time when our food system is in crisis – fertiliser, feed and energy costs for farmers are skyrocketing, wildlife populations are in freefall and climate change is escalating at an unprecedented rate.

“But seven years on from the Brexit vote we have no substantive package in sight to support the most evidence-based solution – a transition to resilient, agroecological farming. It is also now clear from George Eustice that trade deals undermining British farmers and our environment are being rushed through. We urgently need transformative change, but we are moving backwards.

"As a matter of urgency, we need a renewed commitment to long term support for organic farmers in recognition of the benefits they deliver for nature. Government must also invest in a revolutionary shift to nature-friendly, agroecological farming and support farmers to rebuild biodiversity and soil health across their farms alongside producing nutritious food.”

The Soil Association is calling for: 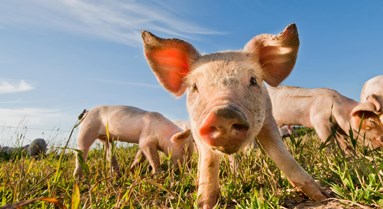