A Farm Thronging With Birds Of Prey

A Farm Thronging With Birds Of Prey

As an apex predator in the bird world, it must be a good sign when the farm is thronging with birds of prey.

As I write, the screeching of the two sparrow hawks that have taken up permanent residence in my garden is constantly distracting, as are the aerial displays as they dispatch yet another pigeon. The buzzard population has also increased substantially over the last five years. I remember my horror over 40 years ago when my brother Philip shot three buzzards on the farm, and proudly displayed their wings in his bedroom. Yes, this was as illegal then as it is now, and I didn’t speak to him for months. Given that we hardly ever saw buzzards here then, it seemed especially ghastly.

Now there are buzzards everywhere, kestrels and red kites too, the latter a more recent addition since their release and gradual move across the country. They wheel above us while we make silage, and cut the cereal crops; I counted seven around the combine a couple of weeks ago. When we are not cutting crops, however, they seem to be especially drawn to the new orchard, where Sophie’s laying hens have an idyllic life ranging amongst the trees, and doing a sterling job of keeping the weeds at bay as they scratch the woodchip mulch. The field is deer, fox and rabbit fenced, but even so, there has been a spate of chicken killing by something, and we are mystified as to what it can be. 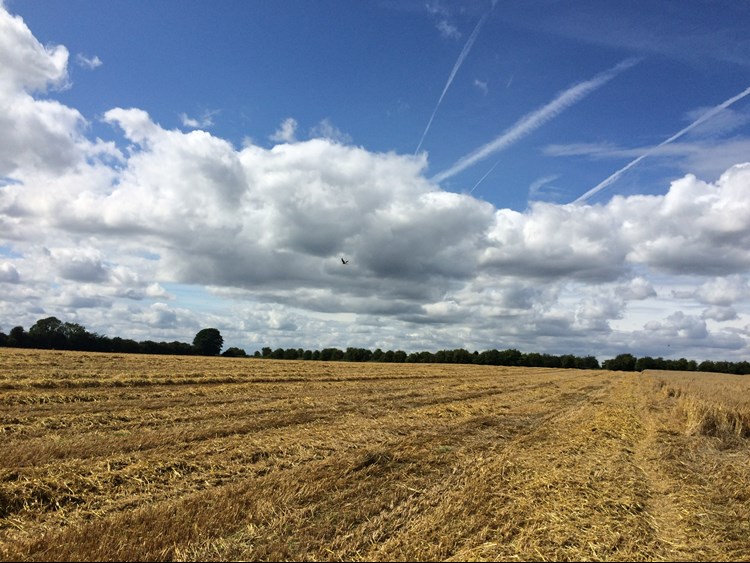 All my knowledgeable bird friends tell me it can’t be the Red Kites, that they only eat carrion and much smaller things. Then again, a local farmer we stumbled across guarding his field of wheat with a crop circle in it…that’s another story altogether….said that he has seen Red Kites take rabbits fleeing the combine. And I’ve seen them swooping down into the orchard, looking decidedly menacing, but not in the actual act of despatch. I guess I need to camp down there quietly for a few hours, and try to work out what is going on, and what we can do about it.

Meanwhile, a young Heron has taken a fancy to one of our silage clamps, and is regularly seen playing sentinel there. I’m not at all sure what the attraction is; there are certainly no fish around! 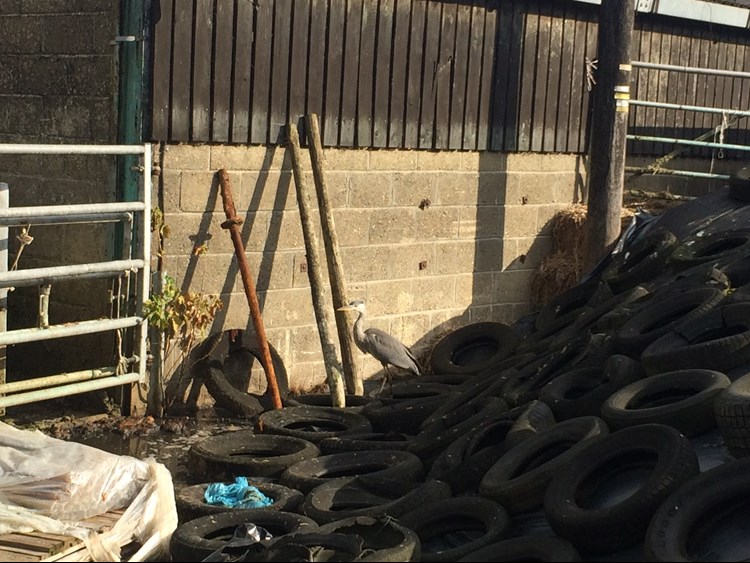 August must be the greyest on record, and we are still struggling to make progress with harvest. The combination of weather, ancient combine and a shortage of staff makes it feel like we are wading through treacle, and there’s grass seeds to drill, more straw to bale, and third cut silage looming too. But Dai has started his new role, following a rather short honeymoon, and is carving his way through the jobs that have been stacking up; this week it’s been sorting out the dry cows that will be the first to calve, and moving them to the valley; freeze branding heifers and mineral bolussing the growing calves, plus clearing two decrepit mobile homes to make room for some better ones. Accommodating staff is a constant challenge, even though we have more cottages than most farms do these days. We have some musical houses to play to make the right place available for new recruit Euan, who joins us in mid September. So on top of everything else, we have been clearing a couple of ancient mobile homes…a labour of love for Sue and Hilda, who somehow ended up with the job of cleaning them out before demolition…in preparation for the arrival of a smart new one.

We have had three great reviews for our revamped Royal Oak with rooms in national papers, and the place is now thronging with guests. Even though we always planned to make the most of the farm, as well as the brilliant walking, cycling and riding that the countryside around here is so suited for, we have been taken aback by just how much interest there is in the farm. The demand for tours is keeping us all on our toes and the old red landrover is earning its keep. It’s great to show people what organic farming is all about, and I’ve done a fair bit of this during August while I’ve been on the farm much more than usual. The most enjoyable tour I have done this week has been for my old friend, Kate, who arrived from New Zealand for a whistlestop visit. Kate worked with me in my first few years at Eastbrook; she set up the small holding/trial site that was our first foray into organic farming, and ran our butchers shop in Shrivenham.  She saw on our website that we had a room called ‘Kate’s Folly’ in her honour, and decided she had to stay in it. It’s been many years since she has had the chance to see how the farm has evolved since those early days, and we had a brilliant day reminiscing. Kate was especially amazed to realise that our entire Saddleback herd had been bred from the original two gilts (Gloria and Doris) that we bought together in 1987. 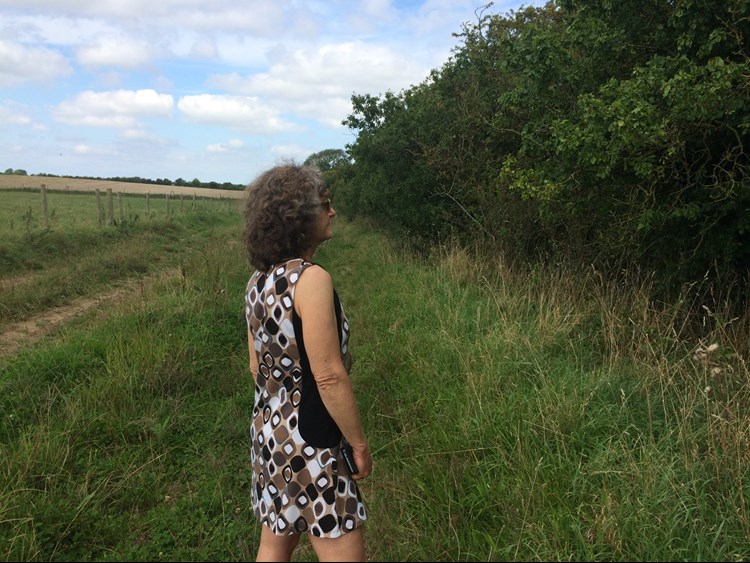