Daz stopped me as I walked through the yard during the week. ‘You haven’t posted a blog since 10th July’ he complained; ‘I keep checking, cos we need to know what’s going on’. Given that Daz has worked here since 1984 (with a few absences for bad behaviour) and is usually at the heart of the gossip machine, I guess that shows just how much is going on…or how bad I am at keeping everyone in the loop.

The big excuse for my tardiness is that we have had the wedding. Last weekend, my beloved daughter Sophie tied the knot with Dai, a Welsh bundle of energy who shares her love of cows, sheep, dogs and sport. They have been together for over seven years, and although Sophie is still finishing her veterinary training at Nottingham, they live on the farm, run their own sheep enterprise (hence all the dogs) and a flock of laying hens. They are the hardest working young couple I know, and now Dai is taking on the role of assistant farm manager as we start to prepare for them taking over the running of the farm once Sophie is back here full time. 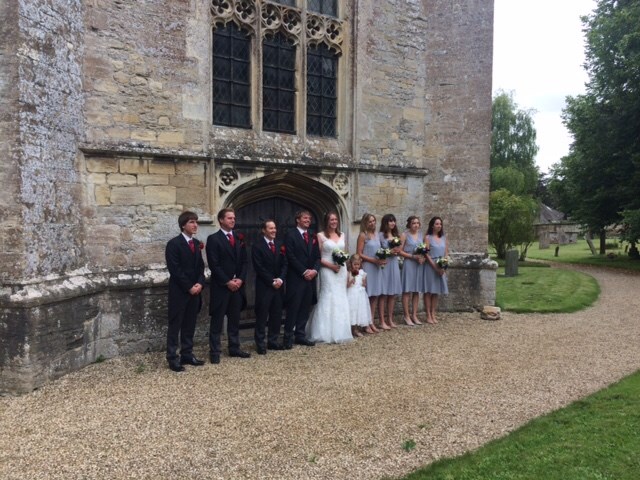 It was a two day event, and a great gathering of three families who didn’t know each other very well, plus the many friends and staff who have been part of all our lives for so long. The newly revamped Royal Oak was put through its paces, and stood up to the test brilliantly; what a great team we are developing there. On Saturday we danced the night away to The Ragged Edge with sore feet and sore heads all round on Sunday.

The celebrations helped us turn the page on a difficult period on the farm, and felt like the beginning of a new era. While I spend much time advocating for us oldies to get the next generation involved as early as possible, it’s always complicated doing this in practice. We have been working on this for some time, swinging between them starting their own enterprise in addition to the sheep (hence the second dairy plan that was scuppered for now by Tb), and getting them involved in the overall farm management. It’s the latter route we’ve opted for in the end, and Dai starts his new role next week, after their honeymoon in Scotland. It will be fantastic to have his energy and competence propelling us into the next chapter of Eastbrook. There’s plenty to get stuck into! 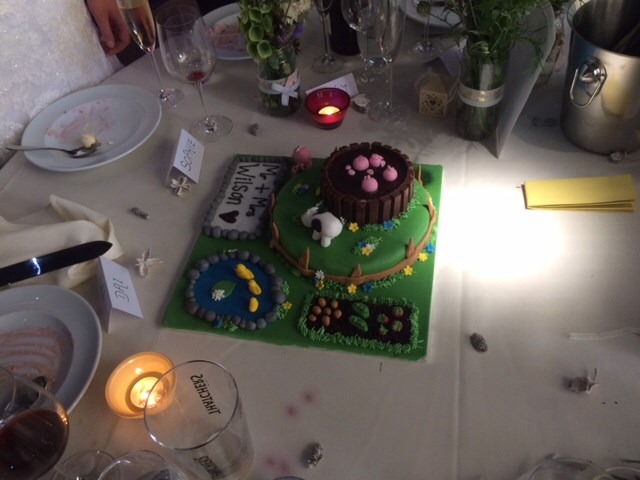 While much of Europe suffers from an extreme heatwave, we didn’t get the wedding weather we were hoping for. Even more importantly (!) the arable crops need harvesting, and it was only on Friday evening that our ancient combine was finally able to make a start, on winter oats. All this rain has meant that parts of the field have gone flat, and we won’t be able to pick up all the crop. This week’s weather looks patchy too, so it’s going to be a case of grabbing what we can in between the showers. 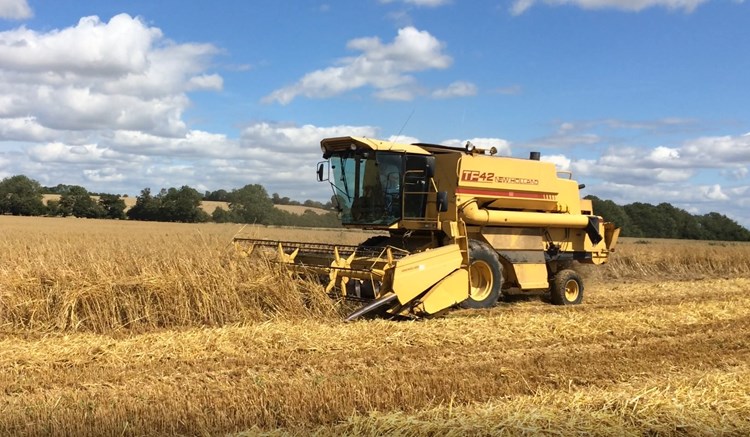 One of the great things about having a mixed farm, with lots of enterprises, is that weather that’s wrong for one thing is usually good for others. In this case, grass quality and quantity is fantastic, so cows are still milking well, and we won’t need to buffer feed; calves and lambs are growing fast too, and the pigs are happiest in these coolish conditions.

Tony, who looks after our growing pigs, has been off with a bad back for the last 6 weeks, so we have needed to call on an agency to supply a relief pigman, if David was going to be able to take his summer holiday. Andrew has been with us for a few weeks now and says he has enjoyed his first experience working with outdoor pigs. ‘They are different animals outside’ he remarked at the weekend. ‘There’s none of the aggression or the noise’. It’s always a good reminder, talking with people who work in intensive indoor units, that a good life is still a long way from reality for many pigs and chickens.

I thought that the honesty of the farmer interviewed on You and Yours last week summed up the situation very well; most farmers would like to change their systems and prioritise animal welfare, but the financial pressures are so great that they feel they cannot afford to do so. So while campaigns like ‘Farms not Factories', which featured our pigs last week, may upset some farmers, it’s well worth it if it helps more people switch to higher welfare meat. In the end, all farmers should benefit…and certainly, our farm animals will. We just need transparent labelling, so everyone knows the system that their meat has been produced in….do support the Labelling Matters campaign if you agree.