As those of you who have been following this blog series will know, Eastbrook’s not been its usual buzzy self this spring, though you would not have felt this if you had been with us in the pub this morning for the Lions vs All Blacks deciding test match. Slap up breakfasts all round, gasps and cheers, and then a rather non-plussed finish as the series was drawn.

We are short of staff, and making every attempt to find a couple of people who will enjoy the huge variety of enterprises here, and be competent to work with both livestock and arable tasks. Surely there must be some great folk out there who would like to join our team! Meanwhile, we have used our local contractors to help get through the second cut of silage; with their huge whizzy machines, what would have taken us three or four days was done in one. And we have a team of fencing contractors here too, tackling a long stretch of roadside up to the foot of the downs; it’s all going to look a lot better, and hopefully will reduce the ‘your cattle are out!’ calls that always come at the most inconvenient moments. 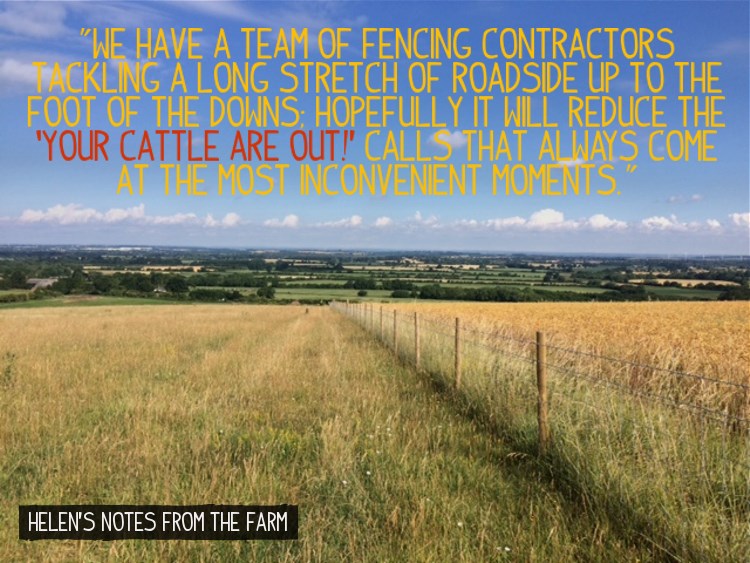 The hot weather has accelerated harvest around the country, and while our own crops are still a few weeks away (we don’t grow any Winter Barley which is the first crop to ripen), our neighbours are on, and so we have the mammoth job now of baling, hauling and stacking straw. While we use all the straw we produce, it’s still not enough to keep all our animals well bedded over winter, so we buy some from local farms. Much of it is baled into big round or square bales, which are all handled with a loader, but we need some small bales too, and manhandling these into the tops of barns is a serious work out. 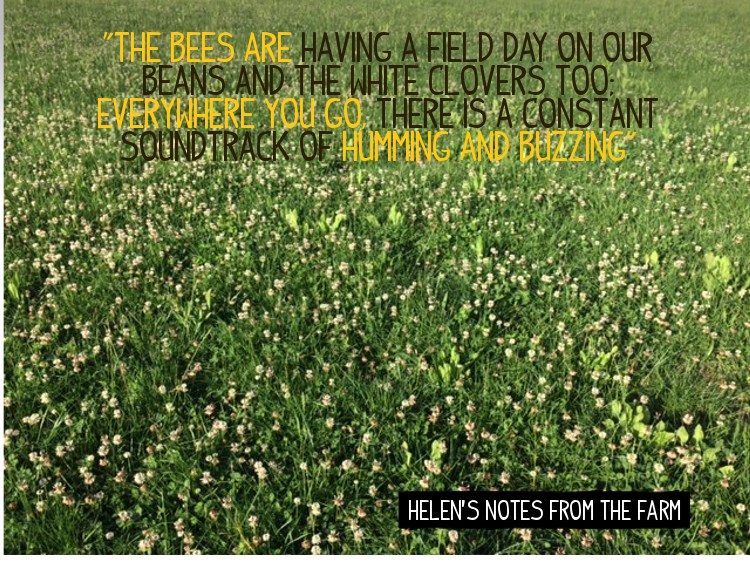 This time of year, the colours of the countryside change so fast, from green to gold to brown as cereals ripen and then the land is cultivated in preparation for the next crop. There used to be a ‘black’ phase in there too, as farmers burned their stubbles, and often the straw too. What a crazy waste of organic matter that should have been returned to the soil, which also left rural communities with a pall of smog on otherwise glorious summer afternoons. As a child, stubble burning was a rather exciting, sometimes scary, summer diversion, and my father always said that ‘a good burn was worth £60/acre’. He and the whole farming world were up in arms when it was finally banned… yet now it feels like a distant memory, and it seems extraordinary that it was ever allowed. It’s just one example of how the world can change. The practices and products we have thought essential can within a few short years vanish, and seem like a distant, uncomfortable memory. 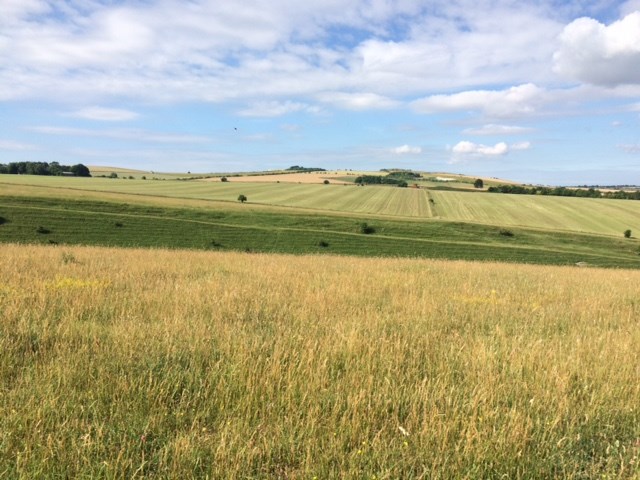 While grass growth is stalling after several dry weeks, the beans down on our heavy clay land are still accelerating away and now fully in flower. The bees are having a field day on them and the white clovers too; everywhere you go, there is a constant soundtrack of humming and buzzing. Our amazing herd manager, Teo, has also become a bee keeper, and with his wife Gina is making the most wonderful honey. Tim’s talented son, Sam Finney, made this video a couple of weeks ago, showing how Teo applies the same care to his bees as he does to our cows.