For reasons that now escape me, I had rather optimistically imagined last autumn that we’d be over the worst of Brexit by now, having finally nailed down the new post-transition requirements and become accustomed to meeting them. Four months in and the organic sector’s Brexit journey continues. Regrettably, as the days get longer, Brexit anxieties persist for those in the UK organic industry involved in trade with the EU or Northern Ireland. With work still left to do, it feels like a good time to reflect on how we got here, what we've been preparing for since the Brexit referendum, and what still obstructs the path to lower-friction trade in organic. Given that there are, indeed, still obstructions - and potentially significant ones - this blog concludes with an ask; that you join us in pressing government for more certainty for organic businesses.

“All sorted over a cup of coffee”

Despite Gerard Batten’s reassurances back in 2017 that a trade deal with the EU would be concluded during someone’s morning tea break in Brussels, like many other industries, the organic sector focused most of its Brexit preparations on a ‘no-deal’ scenario. For Soil Association Certification, this meant a plan-B to ensure we could continue to certify our organic clients in a manner that the EU would recognise, should the deal fail to materialise. To do this, we'd need to extend the scope of an accreditation we already held under a regulation called E1235/2008. This is essentially a piece of legislation that allows a certifier based outside the EU to certify to EU standards. We commenced the complex process of extending the scope of our existing approval to cover the UK in February 2020, with confirmation not arriving for a further nail-biting eight months.

The last few months of 2020 were a tense time for all involved. Looking back, it’s quite incredible just how many meetings with Defra - and subsequent emails - were required as we inched closer to the clarity we needed to confidently guide our organic clients through the maze of no-deal requirements. By November, our webinars were starting to attract over 200 attendees and a serious number of questions! However, in spite of all we were able to impart, we still had no clues as to whether we’d be awarded our elusive EC1235 scope. Future labelling requirements were also becoming a major source of frustration, especially for those businesses with large print runs looming. Would it be GB-ORG-05 or UK-BIO-142? It seemed nobody could say for sure.

Fortunately, as we closed in on the end of the transition period, some mercifully pragmatic updates were starting to emerge from government, including the last minute surprising confirmation that a product with incorrect labelling could still be exported in 2021, provided it was already ‘placed on the market.’ Under this interpretation of legal text, you’d be able to cheerfully say that you had ‘placed on the (EU) market,’ even where goods still remained in the UK warehouse, provided you’d done the deal (even if only over the phone).

A Brexit’s not just for Christmas

Just when everyone was wondering how late it all might be left, the announcement of a deal fell on Christmas Eve. There was a genuine sense of relief, and the sort of quiet calm that accompanies fresh snowfall. However, with no indication from government as to the exact nature of the organic part of the deal done, many remained uneasy.

Despite frustration at seeing so many contingency plans shelved, with a fork full of turkey in one hand and a laptop keyboard at the other, like so many in our sector, Soil Association Certification staff spent a good deal of the festive period hurriedly updating, amending, and preparing for the 2021 Trade & Cooperation Agreement (TCA) trading environment.

As we entered January, it became evident that other than one or two conditions - such as labels needing to have a UK agriculture statement - it seemed that fundamentally, little would change. There were, of course, requirements for Certificates of Inspection (COIs - lodged on the EU’s TRACES NT system), but our newly formed COI team would be ready for these when the anticipated hiatus in January export trade was over. With a wince, we could pop our shiny new EC1235 status in the bottom drawer and forget about it.

“I never promised it would be a huge success” – N. Farage

Be they Europhiles or Brexiteers, we were warned by many politicians that it might not all be plain sailing, and regrettably, 2021 has continued to prove the point. As we exited winter, the practical challenges to trading and gaps in the trade deals were starting to make themselves alarmingly apparent.

Under the terms of the Trade & Cooperation Agreement, it transpired that products neither grown, nor processed (in a manner that substantially alters them) in the UK cannot be accepted by the EU and vice-versa. Naturally, we extracted our EC1235 from the bottom drawer rather quickly, realising it would now be a key tool in helping to fill the significant hole in the deal. In fact, 25% of exporters to the EU would become reliant on it.

Soil Association Certification’s monitoring, interpretation, and clarification of shifting requirements remains in full swing, as we continue to communicate with hundreds of businesses at a time. Many of these are now sharing their experiences with us, and we’re hearing frequent reports of export trade slowing, as goodwill on the part of EU imports falters in the face of additional paperwork. We hear that hauliers, too, are becoming increasingly disinclined to handle organic goods, knowing there may be delays due to sluggish EU border checks.

With a UK organic market now growing at an unprecedented 12.6%, there have certainly been compensations for some in the form of new market openings at home. For those whose businesses rely on EU export business, we know that it’s arguably a more stressful time now than the anxious pre-deal autumn of 2020.

At the time of writing this, we face the unthinkable prospect of our EC1235 for the UK status potentially being revoked. Despite all six UK organic certifiers being detailed in the relevant EU regulatory annexes, thus far, the failure of five of them to appear in the TRACES NT systems lacks any explanation from the European Commission (EC).

So, Soil Association Certification stand alone as the only UK certifier whose accreditation is acknowledged in the TRACES NT system, not knowing for how long our organic clients will benefit from it. For the products that are not grown in the UK and where certifiers cannot conclude they are substantially 'processed,' loss of this approval would result in a total impasse in terms of exports to the EU. It’s difficult to calculate what impact this might have on our sector, but all indications are that it would be significant, even commercially fatal for some, with untimely losses in profit and jobs becoming inevitable.

What you can do

As a sector, we’re experiencing fantastic growth for a reason. As consumers increasingly demand that we act responsibly where climate, nature and health are concerned, collectively we are stepping up. It seems unfair - unjust, even - that due to lack of political will, we of all sectors should find our path to growth obstructed.

As the EU-UK Trade & Cooperation Agreement heads towards ratification, we’re becoming increasingly vocal as an organisation, with current lobbying efforts asking trade, regulatory and government bodies in both the UK and EU to join us in bringing sense back to UK-EU trade.

We’re calling on all organic businesses with EU export interests to contact their MP’s and ask what can be done to ensure that one of the most ethical, progressive sectors in the UK marketplace today can continue to have confidence in future access to EU markets for not just some, but all organic products.

It’s clear our industry needs certainty, at least for the duration of the current agreement. Not only do I sincerely hope we can achieve this, but also that this would be followed by a more compressive agreement with the EU, one without quite so many exemptions; however, more immediate action is needed to give businesses certainty about the future of UK-EU trade. Whether directly affected or just concerned about wider potential impacts, if you're an organic business, I urge you to join others in writing to your MP, requesting that Ministers consider our four asks. A template letter with these key asks included can be downloaded below.

Once we’ve received that certainty, we'll still have challenges, but my hope is that we can all start to get back to growing our market and supporting the much-needed transition to a better system of food and farming.

Benefiting from more than 20 years of experience in food and textile business development, Lee is a trusted expert in sustainability, responsible business and organics, who manages a range of projects for Soil Association Certification - the UK's biggest organic certifier. By helping hundreds of businesses build capability in marketing, communications, supply chain and routes to market, Lee’s team at Soil Association Certification actively support the growth of an organic market, now worth more than £2B a year. 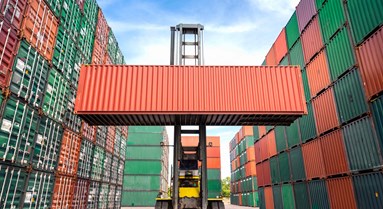 Be the first to hear about industry-leading events, expert insights and market data, news and opportunities for your organic business.
Find out more