James Lee farms 750 acres of land in a family partnership. Alongside this he provides a contracting service, drilling 1500 acres.

The centre of his cultivation system is a Claydon drill. The drill is capable of planting into soil without any prior cultivations ore even soil that has been previously cultivated. Although a highly effective drill, James has a flexible approach to cultivations and will use a plough and power-harrow system in some situations. For James, the field, soil condition, and weather determine which system should be used.

The plough he uses has a 14’’ furrow width which allows shallow ploughing, meaning that less soil is moved. This is better for soil condition, and keeps the fertility and soil organic matter in the crops rooting zone.  When properly set up the plough will bury surface trash ensuring a clean seed-bed for the next crop. The power-harrow drill combination that he uses has disc coulters for seed placement that, he feels, allows a coarser less worked seed bed, which is better for long term soil health. It is less prone to slumping, and erosion, particularly as some the Devonshire countryside is famed for its steep hills. 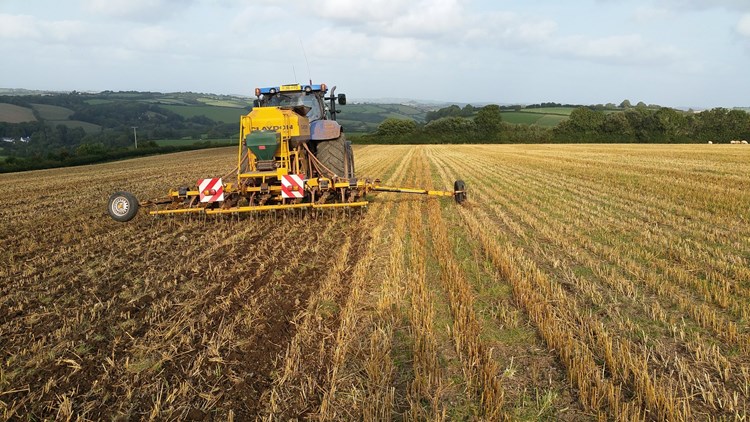 Out and about with the Claydon drill

The farm also has cattle and sheep, and a table duck enterprise which all produce farmyard manure. James uses this, along with compost and cover crops to improve soil fertility. Although this is commonly ploughed in, James has found that after 10 years of cultivator drilling this is often absorbed into the soil by the increased numbers of earthworms and more active soil bacteria. The kale fields grazed by sheep can usually be drilled without any other cultivations.

To help weed control, James has recently invested in a tined cultivator which is not only strong enough to cultivate stubbles to create a stale seedbed, but can also be used on ploughed ground as a less aggressive cultivator in front of the drill. His aim is to minimise the number of times he needs to move the soil. James says that in a wet autumn, he is often able to drill crops before his neighbours because his soil is much better at absorbing water, largely due to the high volume of organic matter he’s created. 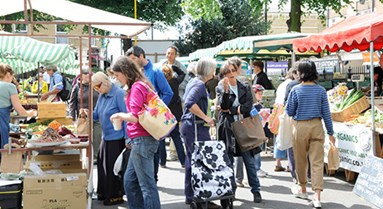