Richard Gantlett is passionate about his soil. It's his farm's most valuable asset. He recognises that previous management has harmed the soil, but now he works with nature and sees the soil as an ecosystem, which can be enhanced and reinforced with positive health outcomes for the whole farm.

Key to his soil’s good health are his diverse leys. Richard has designed his own mixture comprising 32 varieties of 23 species of grasses, legumes and herbs, to meet multiple objectives. It is rich in pollen and nectar providing plants essential for native invertebrates, it provides grazing and fodder for a herd of Aberdeen Angus cattle, and it feeds the soil.

For the last, Richard chooses the list of plant species with a range of rooting depths to maximise the benefits to soil health. The mix provides flexibility to cope with the different soil types at Yatesbury and also changes being experienced in the weather conditions, so it provides an insurance service. The farm is in a Higher Level  Stewardship scheme so this diverse ley mixture meets Natural England’s requirements for legume and herb-rich swards and for pollen and nectar mixes. It provides foraging and feed for wild and solitary bees, which are otherwise poorly provided for in the countryside. 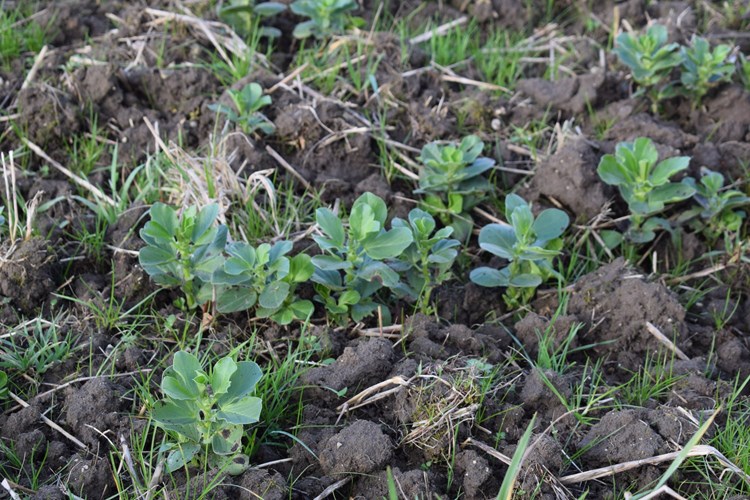 Richard’s mixture has less grasses than the typical sward used for grazing in the UK, though grasses and herbs have an important function in fixing carbon in the soil. The herbs and grasses are allowed to go to seed and then the carbon compounds become increasingly lignified, forming longer-chain carbohydrates. The soil biota feed on this food and the carbon is locked up by aggregation with soil particles, particularly silt and clay particles. These aggregates protect soil carbon from being lost to the atmosphere as soil biota are unable to access the carbon further. A stable soil aggregate structure is important to soil management and Richard is working to determine the best practices to engage the soil biology to this end.

Soil improvement on the farm started back in the 1990s, following a conventional arable farming system of wheat, barley and oilseed rape, which meant ploughing, artificial fertilisers, agrochemicals and no livestock. The result was not only serious soil damage, but increasingly high growing costs, which were not sustainable. Many changes followed.

Among these changes was the reduction in machinery size to relieve soil compaction. The biggest tractors are now four-cylinder ones, around 150-horse-power models, with the combine harvester by far the heaviest piece of farm equipment. The result has been less rutting in the fields and a reduced need to sub-soil, particularly following the use of the diverse ley mixture which creates biocultivations – cultivation by plant roots and soil life which stabilises the soil through sticky root exudates. In fact subsoiling is now only occasionally used in a medicinal fashion.

Biodynamic mixed farm on the Wiltshire Downs near Avebury

The rotation starts with the very diverse grass, legume and herb-rich ley, which is typically down for two to three years. This is a decision made on economics and also on what is best for the soil in any particular field. Farm profits would dictate a two-year ley but research suggests the soil benefits from three to six year leys, with the resultant increase in soil organic matter.

The diverse ley is an investment in the soil providing it with a ‘dynamic’ feed that can be cashed in at a later date. Improving the structure and soil life makes the soil more resilient to climate change through increased waterholding capacity, improved workability, improved timeliness of cultivations and more resilience to pest and disease, leading to stability in yield and quality. Richard is finding the longer the ley is present, the better the result in the following crops.

Richard has not ploughed a field since 2003 and has devised his own unique method of sward destruction. It starts in August with two passes of a 2.5-cm chisel-type harrow with each pass at 90° to each other. The harrow is set at a shallow draft so it does not create large chunks of sward/turf that are difficult to break down. This is followed with a wide blade harrow or duck’s-foot tine to complete the kill. 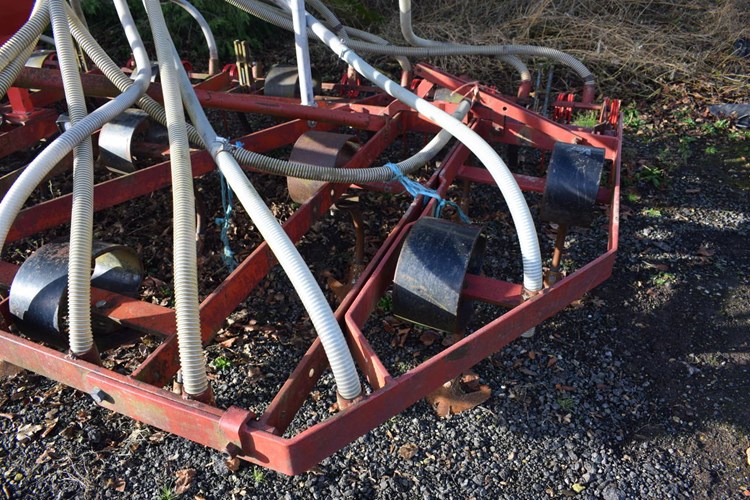 Look at the plants

Richard considers plants an indicator of the health of the farming system and is interested in the inter-connections between the health of the soil, crop, livestock and people. He doesn’t bother with soil tests but uses crop plant growth and health as an indicator of soil health; if the plants are vigorous and healthy then the soil is in good heart.

Animals in the system

Livestock is important to support his farming system and enhance soil life. Richard has a 250-head of Aberdeen Angus, including 80 breeding suckler cows, which he is aiming to increase to 140. The cattle are much more than the financial contribution they make to the soil, both directly and from the FYM arising from housing, encourages a range of soil life necessary for the recycling of plant material as nutrients for soil biota and future plants. Ruminant stomachs contain a mix of organisms that break down plant materials, such as cellulose, into products that the animals can use.

Richard considers this system very similar to the living process in the soil that delivers plant-available nutrients from the dead plant material added in the form of manures, composts, straw etc. Perhaps the two are linked in some way? Certainly, Richard has seen the impact of losing stock from a rotation. When a neighbouring dairy farm was purchased to run as part of his old arable system, he saw the soil quality degrade rapidly. To quote Richard: ‘You realise the impact livestock have on soil health when they are removed!’

The dense ground cover created by undersowing helps with weed control, with little adverse impact on the crop, saves establishment costs of the ley and provides autumn grazing for stock. Richard doesn’t roll his seed beds as he thinks this encourages the germination of weed seeds and harms soil structure. Instead, an open structure at the top of the soil insulates the soil lower down from evaporative losses.

View all posts by author
In this series

Digging the Dirt on Honeydale Farm