Soil Association licensees Sascha and Hugh Grierson of Hugh Grierson Organics were awarded the 'Best Soil in Show' prize at the prestigious Royal Highland Show in Edinburgh. The prize is given for the healthiest soil based on rigorous testing from the James Hutton Institute.

The Griersons won the award for their Newmiln Farm in Perthshire, which has been certified as organic by the Soil Association since 2002. It's a traditional family farm just west of Perth, supplying pure-bred Aberdeen Angus beef, home bred lamb, rare breed pork, slow growing chickens and free range organic eggs to customers across the UK. They were declared the winners by National Farmers Union of Scotland president Allan Bowie.

As she received the award, Sascha said: “We are delighted that our farm’s soil at Newmiln has won Best Soil in Show. We believe that good food comes from a good system. Soil health and human health are interlinked via the food that we grow and eat. Our business is about linking what we do with a healthy future for our environment, our animals and our customers.”

Congratulating them on the prize, Soil Association Scotland director Laura Stewart said: “We’re delighted that the winner of the best soil in show prize is organic, especially as they carry the Soil Association symbol! They’re doing a fantastic job managing their farm in a way that is good not only for the environment and land, but also for productivity and profit. Organic or otherwise, soil is every farm’s most precious resource and asset, so it's great to see soil health highlighted like this at the show.”

The Royal Highland Show is Scotland's largest agricultural show and a key event in the farming calendar. The James Hutton Institute Best Soil in Show competition is open to farmers of all kinds from across Scotland.

Want to take a peek at the winner's farm? Earlier this year, chef Michel Roux Jnr visited the Griersons to talk about great food and great farming: take a look at the video. 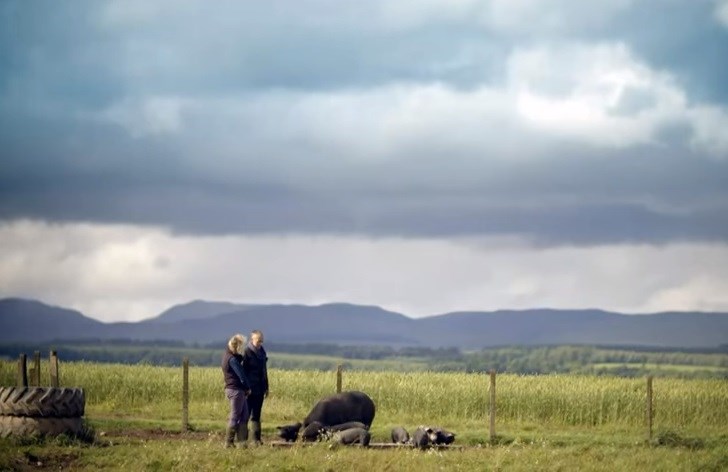 Soil health must be included in the Environment Bill