10,000 people have signed our petition demanding supermarkets Stop Poison Poultry and take action on pesticide poisonings in the Amazon.

Last week, we launched our Stop Poison Poultry campaign, highlighting that British shoppers are unknowingly buying chicken that is linked to the poisoning of people and rare tropical animals in Latin America.

This soya is exported to the UK to feed livestock, primarily chickens, and the health of soya farmers and their families is also at risk.

Since launching last week, more than 10,000 people have shown their support for the campaign by signing our petition. Together, we are calling on supermarkets to remove wildlife killing pesticides from their soya supply chains.

Our Campaigns Advisor Cathy Cliff said: “British shoppers should be able to walk into a supermarket and buy food that isn’t harming children, killing bees, or threatening rare and treasured wildlife thousands of miles away. The average British chicken casts a toxic shadow and comes with a poisonous price tag – and vulnerable animals and communities are paying that price with their health.

The scale of highly hazardous pesticide use in Brazil is terrifying, as is our chicken industry’s reliance on these soya crops. It is a hidden scandal that both British shoppers and farmers are largely blind to, and it must not continue – we must stop the poisoning associated with UK poultry farming.” 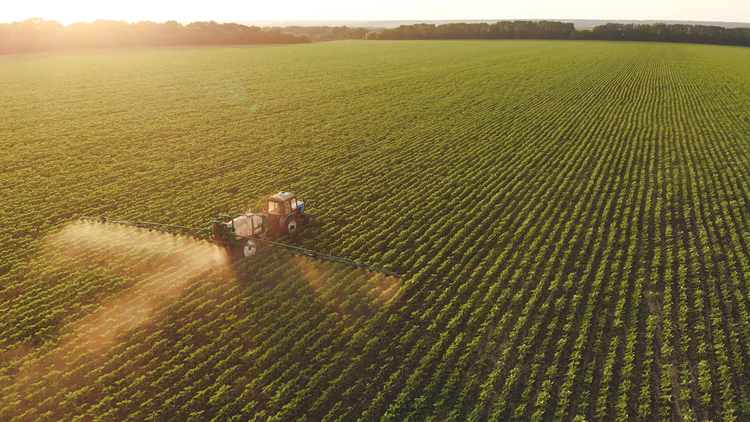 More than one million tonnes of soya are imported into the UK each year to feed British meat chickens, which are predominantly housed in intensive systems. Brazil has become the global epicentre of soya production and these crops account for 60% of the country’s pesticide use, despite soya only covering 40% of its crop land.

The country has ramped up soya production to meet global demand for grain-fed chicken and pork and the country’s pesticide use has surged by a “terrifying” 900 per cent since 1990. Brazilian President Jair Bolsonaro has loosened controls on pesticide use, allowing a glut of new and harmful products onto the market.

These chemicals are killing bees and bugs, and the animals who eat those insects are being found with a cocktail of chemicals in their bodies. People, especially children, are also suffering, with around 70,000 pesticide poisonings in Brazil every year.

Most of the pesticides used on Brazilian soya are banned for use in the UK, but some are being produced and sold abroad by companies operating out of Britain and Europe.

“These poisonings are not the fault of British farmers or retailers,” Cathy continued, “but the evidence is deeply concerning. British businesses and the UK Government must respond.”

According to a Soil Association survey carried out in January 2022, none of the 10 leading UK supermarkets are monitoring or restricting the use of highly hazardous pesticides in their soya supply chains.

We think that should change, which is why we launched our petition calling on retailers to spark change and commit to removing these products from their supply chains.

British farming is the solution

We are also calling for Government and businesses to help farmers grow more protein crops here in the UK – with investment in farmer-led research into homegrown animal feed. A recent Innovative Farmers field lab found that sprouting wheat and vetch seeds, grain tailings, and processed beans, were all found to offer good alternative nutrients for monogastric animals.

Cathy added: “Our farmers should be able to purchase feeds that don’t harm biodiversity and communities. Now is the time to invest in UK protein crops and ease our reliance on imported soya – British businesses can lead the way in addressing this environmental challenge.”