The Consolation Of Pigs

The Consolation Of Pigs

The bad news came earlier than I expected. By lunchtime on Thursday we had confirmation of a Tb reactor in the suckler cows, and four ‘inconclusives’, so even if the dairy cows go clear next week, we will still be on 60 day testing until September, and unable to sell store cattle unless we discount them into a Tb market. Despite the sunshine, there was a rather big cloud over our heads. 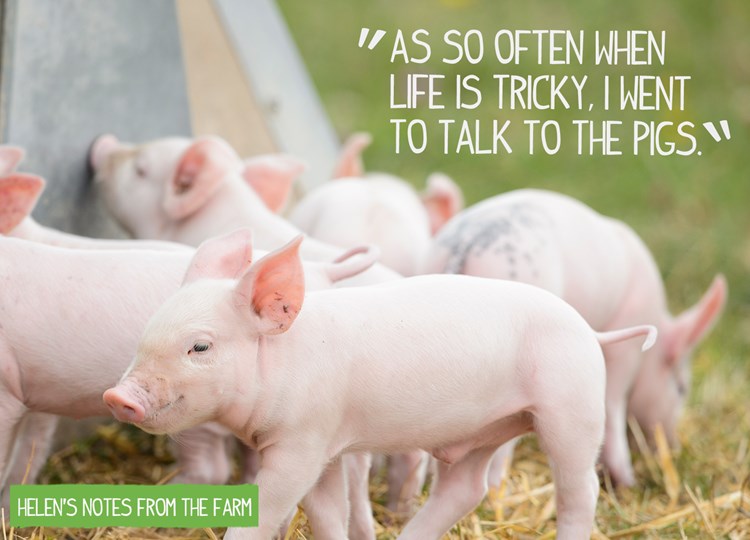 As so often when life is tricky, I went to talk to the pigs. I’ve been neglecting them a bit of late, with so much going on at the moment, and they always raise my spirits! With temperatures in the late teens, the weaned pigs are sunbathing, and just like humans, they are in danger of overdoing it. 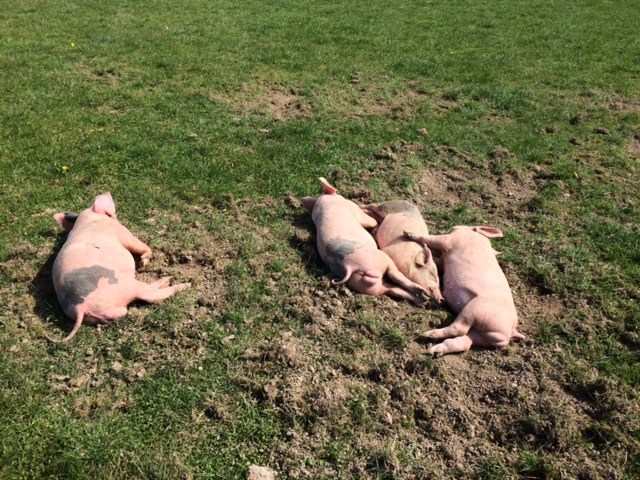 A few degrees warmer, and they will want a wallow; pigs don’t sweat through their skin, so need water, shade or preferably mud to stay cool. The sows are already taking the initiative on wallow making. They splash water out of their water troughs until there’s enough mud to get a good coating, and the piglets soon join in. 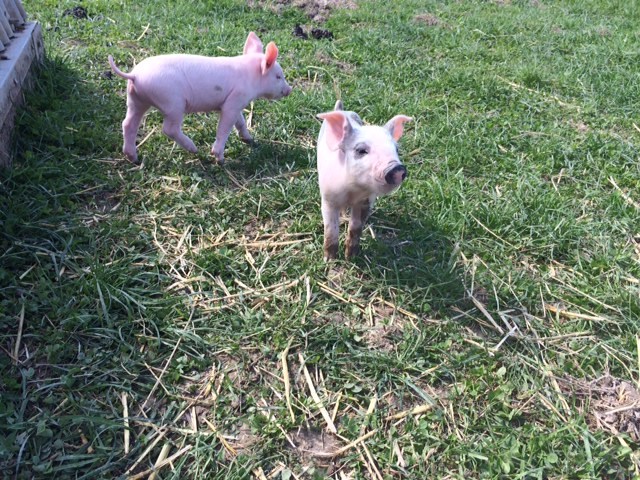 Somewhat cheered, back to work, and then pop into the pub early evening. Tim’s in high spirits, rather in contrast to his mood that morning. He had been ranting then about the builders, still at the pub despite the fact that all was supposed to be finished days earlier. With a big corporate calling in to see if the Oak might be a suitable venue for their 160 guests in June, and the place still in a degree of chaos especially in our usually glorious garden, he had been contemplating cancelling the visit. Then he decided that the best strategy was not to insist that the builders had left by the time of the visit, but to get them to be in a frenzy of activity instead. That way, it might seem feasible that we could transform the place by June! And in a Monty Pythonesque scene, on cue the whole work force picked up tools and bustled around vigorously until the visitors had left, at which point they packed up and went home, as ever by 4pm. Let’s see if we get the business, but it provided plenty of laughs at least. 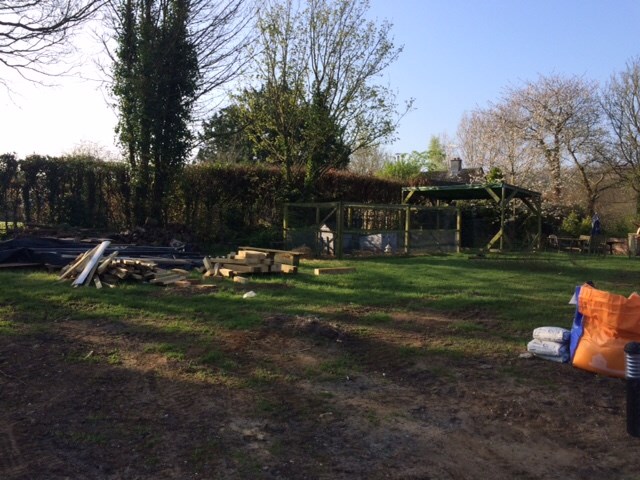 Now it’s my turn to rant. Our farm road is closed for 19 days, which seemed quite a long time to mend a few potholes. For the first few days we respected the closure, but had to access fields, and so drove down to see how it was going. It seems all this is for the purpose of making a couple of passing places, entirely unnecessarily, and I assume is a case of the council needing to spend money before year end. When there’s so many areas where funding is needed, this is such a waste! And one of the farm guys was cultivating in an adjacent field all day, so he saw the working schedule of the road team. They arrived, took the cover off the digger, had tea, put the cover back on again, and went away again. Meanwhile the village diverts miles to get in and out of the village, unless, like me, they now just ignore the closure. 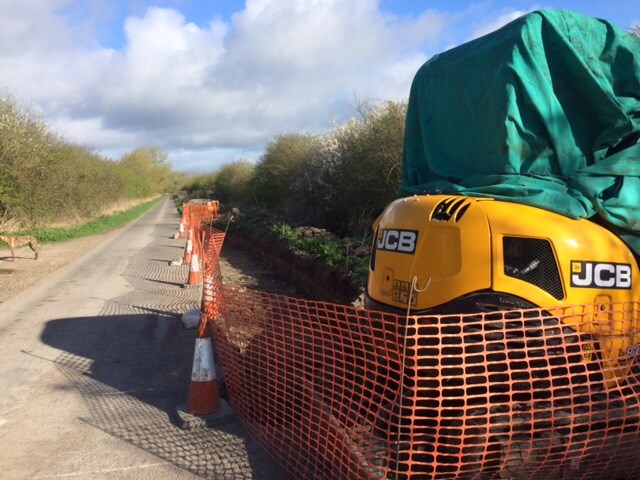 Finally, the good news is that the cows are getting used to their new milking regime on the downs, and with this unseasonably warm weather, I think Dai’s rather enjoying it. Bacterial counts are now under control and another 14 cows have calved this week. I gave a talk to a local group on Friday evening, and was telling them about this ‘innovation’….only to be berated by a man who had milked cows this way in the 60s. ‘The worst job I ever had’ he said, a salutary reminder that we will need to make sure we have a sheltered spot when the weather turns in the autumn.