Back To The Farm

Back To The Farm

After three days in London this week, it was such a relief to get back to the farm. I’ve never been much of a city girl, but with a revolting cold it did make sense to stay in town rather than trekking back and forth on late night and early morning trains. A lot happens in three days at the moment, and I got back to find Dai at the end of his tether, having had a couple of diabolically slow milkings up on the downs. 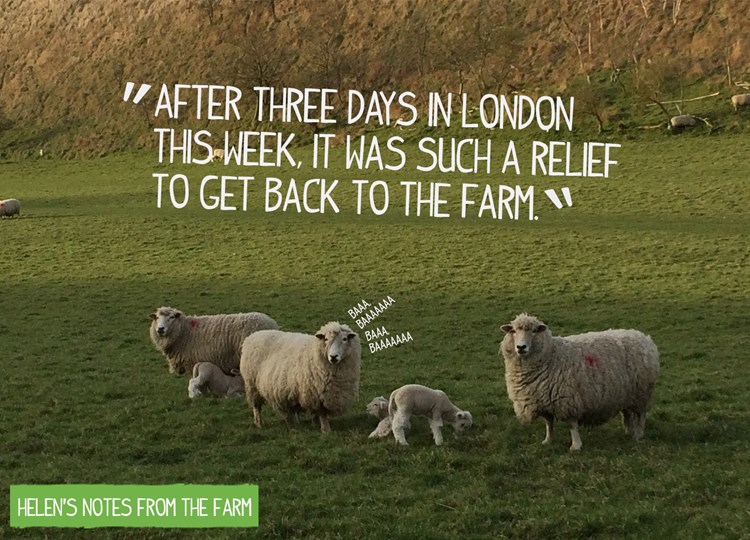 Training them to go through such a different set up is hard, especially for the older cows. Some have got used to it, but having taken 5 hours to milk 32 cows on Friday (!), he decided to leave them penned in the ‘collecting yard’ for the afternoon, so they could only get to grass if they walked through the stalls. It seemed to work, in part at least. This morning, he was finished by 8.30. Still over two hours, but bearable. ‘They are so stubborn’ was his comment, ‘but I’m even more stubborn.’

It’s been a dry week, so we are on with drilling cereals, and have started to turn out the older cattle. The dairy herd at Cues went out on Monday, with much kicking up of heels, and in calf heifers are enjoying our wonderful chalk valley. They will all have a disrupted fortnight though, as we start Tb testing next week. This is stressful at the best of times, and in normal circumstances we would have delayed turnout until it was done; all the animals have to be gathered, brought to the buildings where we can handle them, then 3 days later the same routine all over again, to see if they have reacted to the test. But we are running out of straw, and must reserve enough to get the pigs through to harvest, so despite the extra work and stress, we are getting as many turned out as we can. 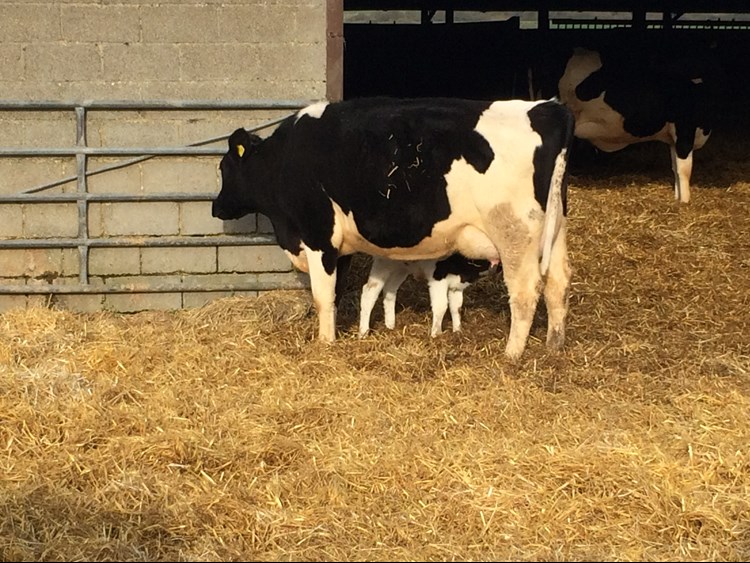 It is an anxious time, with all our plans hanging on the results of the test. In February, out of the blue we had 18 reactors. We have had the odd one before, but never more than that. Half of them were heavily pregnant cows, and it is so distressing to send animals to slaughter with viable calves inside them…and distressing too, for the abattoir staff. All the cows that reacted had been together late in the summer on some of our lower pastures, so we assume that this must be where they became infected. There are loads of badger setts down there, and no way to prevent contact when cows are at grass. It will be mid April before we finish the testing, so till then, a huge black cloud hangs over this usually upbeat place.