The way we farm and eat can make a world of difference. Organic is an 'agroecological' farming system that offers many benefits.

By opting for organic next time you shop, you’re helping support a way of farming that:

Designed to respect nature and to enhance the health of soils, water and air, organic farming is leading the way on sustainability.

In fact, if Europe’s farmland all followed organic principles, agricultural emissions could drop by 40-50% by 2050, with plenty to feed the growing population healthy diets. 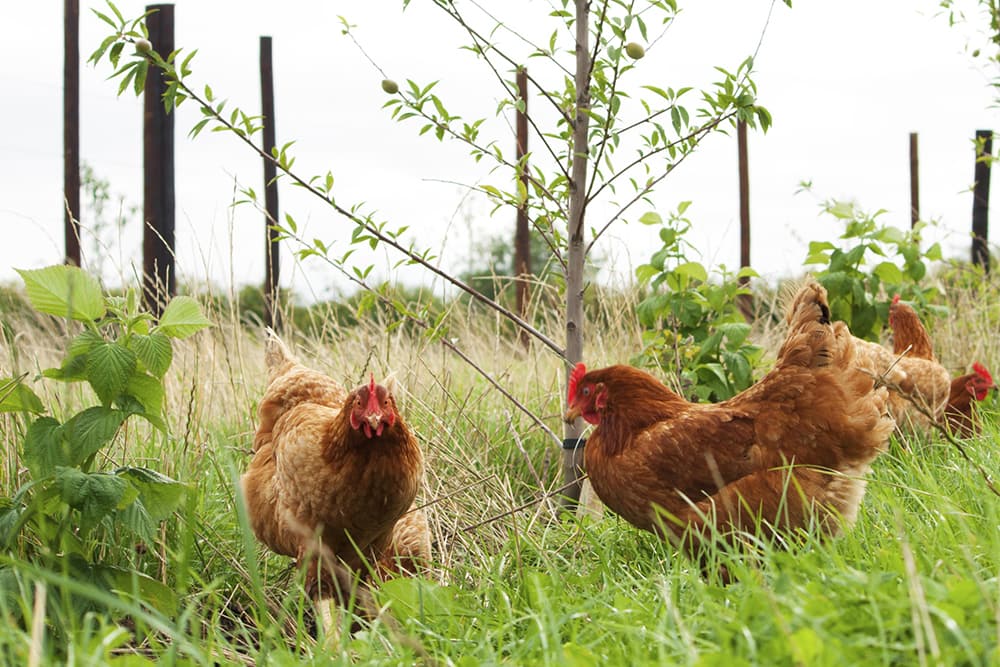 Organic farms are havens for wildlife and provide homes for bees, birds and butterflies. On average, plant, insect and bird life is 50% more abundant on organic farms, and there are around 75% more wild bees on organic farms. There are a number of reasons for this.

And only under very restricted circumstances. Organic farmers rely on a whole ecosystem to keep pests under control, where animals like beetles and birds feed on pests such as aphids and slugs.

Land use on organic farms is more nature-friendly

4. And is better for People

You might be asking yourself if organic food is safer than conventional products.

Organic farming joins the dots between our own health and the health of our planet, our animals and our wildlife:

Eating organic food means supporting a way of farming that works for people long into the future – from farmers out in the fields to those tucking in at home.

Food that contains fewer pesticidesThe best way to reduce your exposure to pesticides in food is to buy organic. Certified organic food, including fruit and vegetables, processed food and meat and dairy products will, overall, contain less pesticides.

As mentioned above, pesticides are named as a key driver of insect and pollinator decline. Three quarters of our food crops depend on pollinators, and without them, we wouldn’t have some of our favourite, and most nutritious foods, like potatoes, strawberries, tomatoes, coffee, chocolate!

No GM ingredientsOrganic food systems are opposed to GM, for environmental, health and social reasons, and all GM ingredients are banned under organic standards.

Their limited capability, plus the high cost of producing a commercial GM crop or animal, means that the technology is often targeted at profitable, but short-term fixes that don’t address root causes.

Organic systems work to find solutions to underlying causes rather than symptoms. For example, rather than tweaking a gene in livestock for short-term disease resistance, organic farming aims to reduce the likelihood of disease in the first place, usually through higher welfare standards.

Whilst GM foods are very limited in the UK, most non-organic livestock are fed them. As such GM-fed meat, egg and dairy is widespread and unlabelled in supermarkets.

Food produced using fewer antibioticsThe overuse of antibiotics in human and animal medicine is undermining their ability to cure life-threatening infections. The more sparingly we use our antibiotics, the more effective they will remain.

With farm animals accounting for 30% of all antibiotics used in the UK, organic farming standards, which ban the routine use of antibiotics, can help minimise antimicrobial resistance and protect the effectiveness of these treatments.

Food from more resilient farmsIn the face of changing weather patterns on a warming planet, organic farms are more resilient to the effects of climate change; soils on organic farms store up to twice as much water, helping to protect against flooding, and performing better during drought.

What’s more, because organic farms are more diverse, using methods like agroforestry to grow other crops, organic farmers are less dependent on the success of a single crop, offering alternatives in the event of crop failures or volatile markets. The hard work organic farmers put into caring for their crops and animals pays off in the quality of the food they produce. Research has found significant nutritional differences between organic and non-organic farming:

Together we make a world of difference. Join the fight to transform the future of food and farming today.
Join us
Related