Agriculture Bill: a big decision day for food and farming?

Yet again, the Agriculture Bill returns to the House of Commons on Wednesday 4th November following new amendment proposals from the House of Lords. We were disappointed by the Commons’ rejection of previous amendments which sought to uphold UK food and farming standards.

The amendments would have provided protection for UK citizens and farmers against the risk of low-quality food imports. We must now make sure our voices are heard, and demand MP's back the amendment, to grant powers to the Trade and Agriculture Commission. These would ensure that:

On Monday 12th October the Agriculture Bill returned to the House of Commons. MPs voted against amendments proposed by the House of Lords, that aimed to protect UK food standards, make farming work for climate and nature, and to tackle pesticides.

This was an important day for UK farmers and citizens alike. With Brexit on the horizon, bad trade deals between the UK and other nations could see a flood of cheap low-quality food imports, which could put many UK farmers out of business and pose a risk to our food standards. Over the last weeks and months, a movement of millions of farmers, citizens and environmental organisations have joined calls to MPs to back several amendments tabled by the House of Lords. More than a thousand of Soil Association's followers, supporters and members took action in the days leading up to the votes to try and secure a bright future for Britain's food and farming sector which would bring the greatest solutions for climate, nature and health.

We were so encouraged by the movement of people all working towards the same goal and give special thanks to our supporters who took action over the last week. Whilst we were disappointed by the result, this is only the beginning of a process with multiple opportunities to hold this Government to its manifesto pledges. We may also yet see the Lords return the Bill to the Commons with new amendments, and are hopeful we can continue to influence the decisions that MP's take at that point. We must make sure we secure the future for British farming which we all want; one that tackles the climate, nature and health crises we face.

The Agriculture Bill is one way to secure this future for Britain but there are many other opportunities. Together with the help of our members and supporters, we will continue to rally behind these opportunities which include a consultation on a national plan for pesticides in the UK post-Brexit, and input into key legislation on Climate Change ahead of UN Climate Change Summit next year. Together, we will make the impact we know we must have - to be the first to hear about these, please sign up to our newsletter or consider making a donation which will help us continue our vital work in this area.

This is a critical day for UK farmers and citizens alike. With Brexit on the horizon, a bad trade deal between the UK and US could see a flood of cheap low-quality food imports, which could put many UK farmers out of business and pose a risk to our food standards. We are calling on MPs to back several amendments tabled by the Lords which will bring about the greatest solutions for climate, nature and health.

1. Copy our suggested email text at the bottom of this post

3. Paste the email into the website and make any edits you wish to

What is at stake?

It’s vital that MP’s understand how the UK public feel about this. The farming community have objected en masse, as shown in the NFU's food standards petition. The majority of the British public think we should not accept lower quality food imports. Now Jamie Oliver and a host of celebrities are warning of the risks it poses to child health too.

It’s time to have your say. Tell your MP to vote for a farming future that feeds us healthy diets, protects nature and tackles climate change. Let’s stop the influx of sub-standard food, pumped with hormones and antibiotics. Instead, let’s see the UK become a global leader in food and farming standards – we want to see a race to the top, not to the bottom. 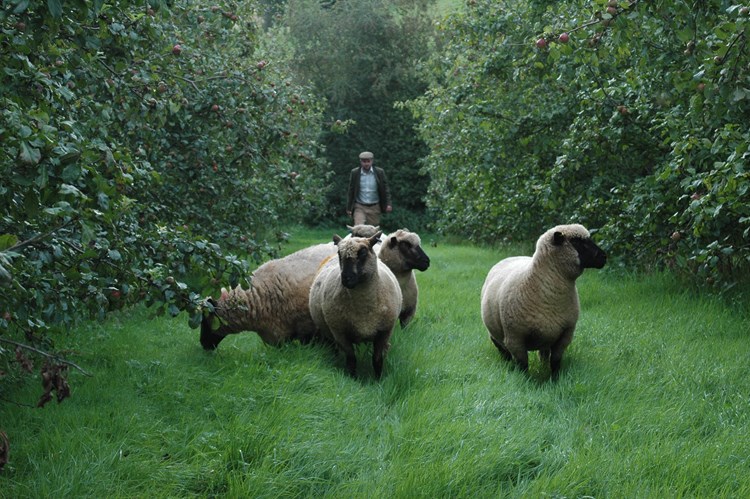 The amendment to protect food standards

The freedom to create domestic farming policy has drawn great enthusiasm from the farm sector. The move to reward farmers for practices which deliver for the ‘public good’ has been welcomed by both farmers and environmentalists alike. This would mean farming would be supported to improve water quality, soil health, animal welfare, tackle climate change and provide public access amongst other things.

The Government maintains the ambition of a “Green Brexit” and “world-leading farming” in the UK. But delivering high standard food alongside public goods comes at a cost, in many cases a cost to the farmer. If low-quality imports from US feedlots enter the UK food system, they will be cheaper and will force UK farmers into a race-to-the-bottom. Experience of previous trade deals paints a bleak picture.

A vote for food and farming we believe in

There is another way. A simple vote in favour of protecting food standards would mean a step towards a farming future that supports nature, tackles climate change and provides sustainable diets.

You can call on your MP to vote to

The time is now for us all to influence the decision-makers in Government.

We are calling on MPs to back several amendments tabled by the Lords which will bring about the greatest solutions for climate, nature and health.

Take action, by using this email text to write to you MP:

Title: Your action is needed to protect UK food standards

I am writing to you as your constituent, as a supporter of the Soil Association, and as one of the many citizens concerned about the future of UK food and agriculture – to ask you to take strong action to protect national food standards.

We have been promised policies which deliver high food standards and reward farmers for environmental practices. But some of the decisions being made are putting this promise at risk, in particular the prospect of trade deals that allow low-quality imports into the UK and force our farmers into a race to the bottom.

When the Agriculture Bill returns to the House of Commons on Monday (12 October), I urge you to vote in favour of retaining the amended clauses that have been tabled by the Lords. In particular, I ask you to demand the following specific amendments be retained. These amendments will protect citizens from harmful pesticides, will enshrine UK standards of food production – in particular relating to animal welfare, food safety and environmental protection – so they are not undermined when forging new international trade deals, and will lay the foundations for a National Food Strategy that has sustainable food production and improved dietary health at its heart:

Thank you for taking the time to consider my views, and I look forward to hearing from you.

You can email your MP direct by copying this suggest text into this handy website.

Gareth is Head of Policy, Farming and Land Use at Soil Association. His interest in sustainable farming springs from a longstanding passion for the natural world, alongside fluctuating attempts to grow his own food and long hours spent in the kitchen. Gareth has worked for various environmental organisations including the RSPB and Natural England mostly in roles looking at the interaction between farming and nature. Gareth has a degree in biological science and thinks that sustainable farming needs to be rooted in evidence and research as well as strong values - it was programmes like Innovative Farmers that attracted him to come and work for the Soil Association.