Say no to the Policing Bill

Uneasy about the Policing Bill?

Annoyed that the government appears to want to restrict the right to peaceful protest?

The UK government has introduced the Police, Crime, Sentencing and Courts Bill to Parliament, which, as currently drafted, will significantly restrict the opportunities for peaceful protest and criminalise trespass.

The Bill is currently passing through the House of Lords. The amendments limiting peaceful protest and criminalising trespass have been introduced at the last minute and been rushed through key stages restricting the opportunities for MPs to challenge and question it in detail. We believe that it is crucial that these amendments are stopped in the Lords and not allowed to pass into legislation.

Why is it important?

This represents a serious threat and restriction to civil liberties and will impact our ability to campaign on the issues that really matter to citizens, restrict freedom of speech, and limit our right to roam and access the countryside.

It is a massive threat to the rights of individuals and communities to have their voices heard through peaceful protest in England and Wales. This is an essential part of our democracy and our right to freedom of speech and to question government publicly. We assume in a democracy that we can campaign and have our voices heard – we don’t always agree with what others have to say – but we must defend the right to free speech.

Similarly, the Bill will give the police powers to arrest people for participating in peaceful protests, holding placards and making too much noise. This is a natural right that has been exercised by citizens throughout history to challenge unpopular and unjust policies from the Corn Laws to the Poll Tax, and to raise important issues up the political agenda as the Suffragettes did right through to the latest Climate Strikes by students.

“The bill seeks to quietly criminalise ‘serious annoyance’, increase police powers to restrict protests, and give the home secretary discretion over what types of protests are allowed… Under this bill police could intervene merely if the protest was noisy enough to cause a person in the vicinity ‘serious unease’.” Joshua Clements – The Guardian 9 August 2021

The bill will also criminalise trespass, which will limit access to nature and the landscape we love. This power will also severely threaten the lifestyle of nomadic Gypsy, Roma and Traveller communities.

This adds up to a clamp down on our civil liberties and our ability to lawfully question and challenge the government when we believe it is not acting in our best interests. 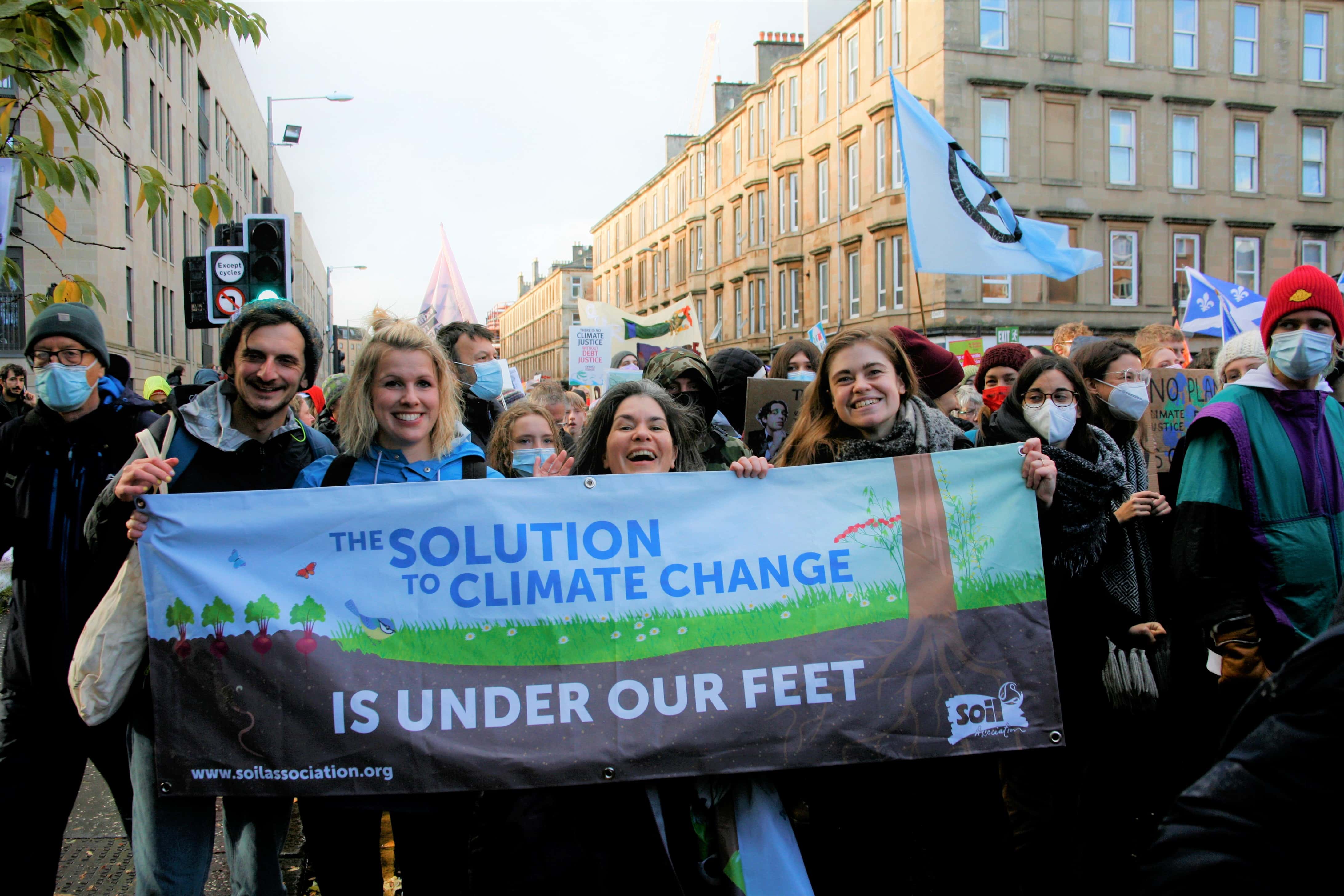 The Soil Association is the charity that digs deeper to transform the way we eat, farm and care for our natural world.

Our standards and activities are based on a set of internationally recognised principles: health; ecology; fairness; and care.

Campaigning is a fundamental part of what we do to improve food and farming as well as our relationship with nature and the planet.

When considering the policing bill the principle of fairness is particularly relevant. Fairness is about equity, respect, justice and stewardship.

It is as simple as that… Peaceful protest is not a threat to anyone.

So what can I do about it?

Where can I read more about the Police, Crime, Sentencing and Courts Bill?

Write to your local MP