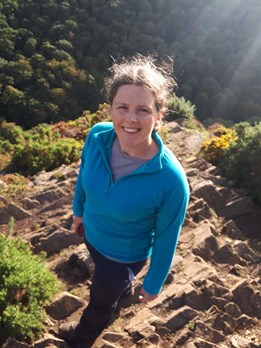 Dr Tegan Darch from Rothamsted Research explains how livestock mineral supplements might one day be phased out by tailoring your sward choice.

Being able to rear their livestock on lush, green pastures rather than intensive feed lot systems is something British farmers are rightly proud of, and the benefits to both the environment and the consumer of grass-fed meat are well known.

Mineral deficiencies in some UK pastures

However, despite its many virtues, the average UK grassland has lower than recommended concentrations of vital minerals such as iodine, selenium, cobalt and copper.

Such mineral deficiency can result in dramatic effects in livestock, such as the staggers (lack of magnesium) or white muscle disease (lack of selenium), but even subclinical deficiencies, where outward symptoms aren’t obvious, result in poor livestock performance.

As a result, mineral supplementation of animals is common practice. Not only is this expensive, but it often leads to the opposite problem of an excessive intake of minerals - which can be equally detrimental to livestock health.

Increasing interest in the benefits of herbal leys

There has been an increasing interest in multispecies swards (grasslands) in recent times. These swards, also known as herbal leys, contain a greater number of species than a traditional ley, and include grasses, legumes and forbs (herbaceous flowering plants).

These multispecies swards show benefits to biodiversity, soil structure and yield, as well as providing deep rooting species to cope with droughts or species with anthelmintic properties to reduce livestock worm burden. There is even some anecdotal evidence that some species can improve the mineral content of the sward, but very little data to back this up, especially from the UK.

It is for these reasons that we set out to see which species may be worth including in swards, which could be helpful in situations where we know the soil or pasture is low in certain minerals.

As part of some recent research, we grew 22 grass, legume and forb species that are commonly found in herbal leys in the UK. As any farmer or gardener will know, the success of a crop is dependent on a multitude of weather, soil and management conditions, and we gave our plants the best chance of reaching their potential by using controlled growing conditions, and growing the different species individually rather than as a mixture.

Measuring the concentration of minerals in these plants is not the end of the story however, as the ratio of minerals is also important. For example, sulphur, iron and molybdenum are all essential minerals for livestock, but if they are present in too high a concentration, they can have undesirable effects like preventing the absorption of copper from the rumen.

To see how the mineral concentrations in the different plant species compared to livestock requirements, we used recommendations provided by the Agricultural and Horticultural Development Board (AHDB) for minimum and maximum concentrations of minerals in the diet.

We found that the forbs tended to have the highest selenium and iodine concentrations, and these are two of the elements that are most likely to be deficient in pasture systems.

So, what does all that mean for livestock farmers?

What to consider in your herbal ley mix?

We suggest that the forbs yarrow, chicory and ribwort plantain, and the legumes birdsfoot trefoil, yellow trefoil (also known as black medic) and alsike clover are all worth considering as they contained high concentrations of the minerals that livestock are most likely to be deficient in.

Although mineral concentrations are only one consideration in deciding which species to include in a herbal ley, this is valuable new data that farmers and consultants can use to decide between candidate species, and the choice can be tailored to the minerals of most concern in the sward.

We are continuing our research into this topic, for example to see the consistency of these results across different soil types, and how these work in a mixed sward.

If you'd like to know more, please email Tegan at tegan.darch@rothamsted.ac.uk.

This work is part of our FABulous Farmers project: