The impacts of nitrogen pollution

Nitrogen is an important element that gives plants the energy to grow. It’s essential to all life on Earth, but it can be very damaging in excess.

Nitrogen pollution is caused when some nitrogen compounds – like ammonia and nitrous oxide – become too abundant.

This pollution is sometimes the result of synthetic fertiliser use. Or, another cause is the breakdown of high volumes of animal manures and slurry – often found in intensive livestock units. This excess nitrogen can have negative impacts on our climate, the natural environment and our health.

Where is nitrogen found?

Nitrogen makes up 78% of the Earth’s atmosphere. It makes the sky blue, makes up most of the air we breathe and is found in all living things.

Capturing nitrogen and converting it into a useful form to help crops grow has sometimes proven challenging. Historically, farmers did this by planting nitrogen-fixing crops like beans to draw nitrogen from the atmosphere into the soil before sowing their harvest crops; and they added more nitrogen by applying manures.

In some farming systems, nitrogen-based synthetic fertiliser is used instead of, or in addition to, nitrogen-fixing crops and manures. Global fertiliser use is high, and continues to grow in response to pressure to increase food production to feed a growing population. But what are the negative effects of nitrogen?

The production and use of synthetic nitrogen fertilisers contributes to climate change in two key ways:

Fossil fuels underpin the production of synthetic nitrogen fertilisers. Natural gas is burned to extract liquid ammonia. This potent substance is high in nitrogen content so acts as an effective fertiliser.

However, burning natural gas produces greenhouse gases including methane and carbon dioxide as waste products – which contribute to climate change. 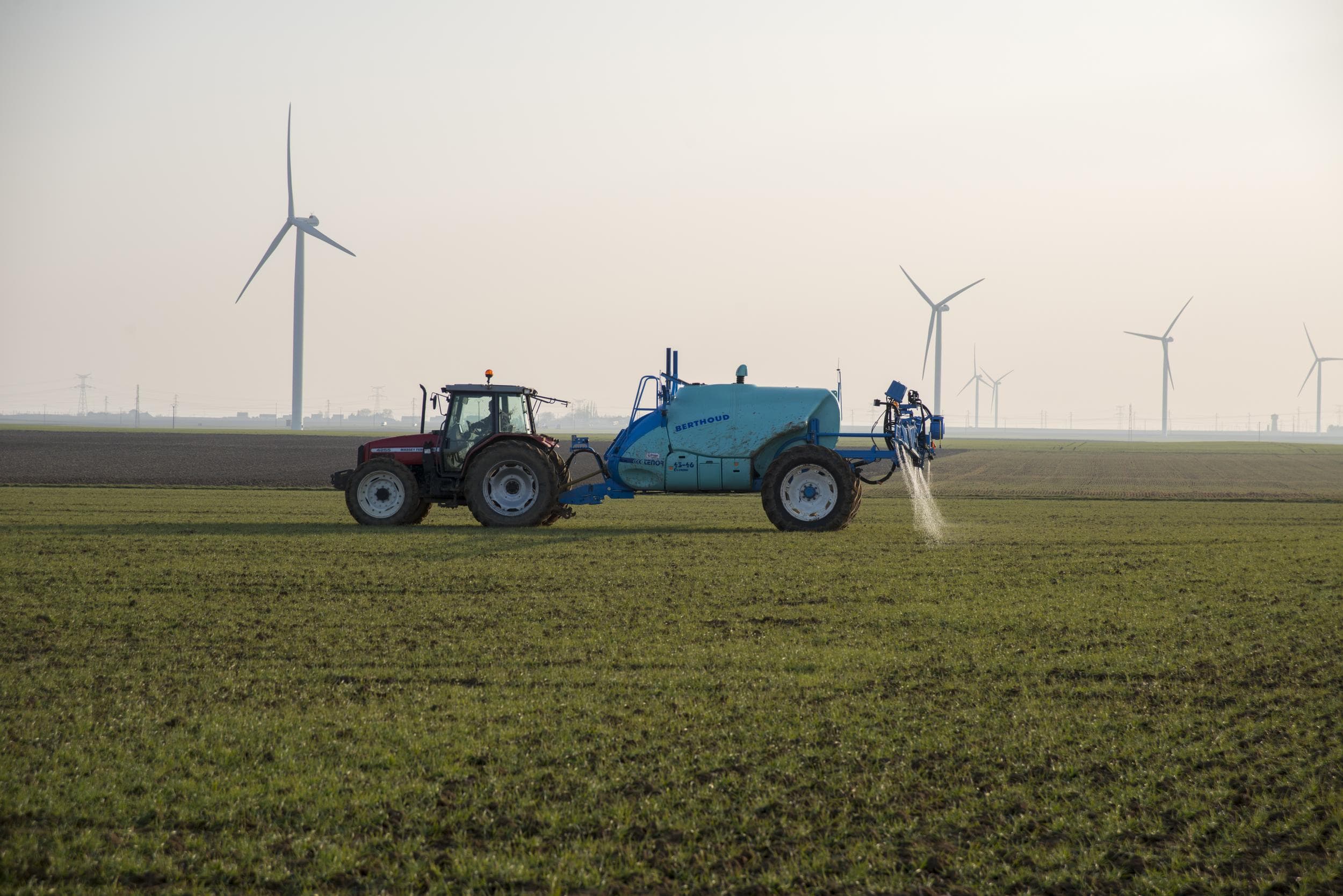 2. Nitrous oxide emissions from fertiliser use

When used in excess, nitrogen fertilisers can be oxidised and lost to the air as nitrous oxide.

Nitrous oxide is a long-lived greenhouse gas that contributes to global warming. It stays in the atmosphere for an average of 114 years and is 300 times more potent than carbon dioxide.

These emissions contribute to climate change and, if not reduced, will prevent us reaching net zero targets – which are so crucial if we are to mitigate the worst impacts of climate change.

Synthetic fertiliser’s damaging effects have also been shown to be largely unnecessary; a large amount of nitrogen applied to farms is surplus and provides no benefit to crop growth. Recent modelling demonstrates that we can feed a growing European population a healthy diet, while greatly reducing fertiliser input.

The build-up of nitrogen in the environment is one of the main threats to global biodiversity.

Excessive application of synthetic fertilisers has been shown to acidify soils too, damaging soil health and reducing the productivity of soils.

Find out more about the impacts of excess nitrogen on nature.

Nitrogen pollution can also impact upon fish and other aquatic life.

As reactive nitrogen is soluble, it can easily make its way into watercourses. Here it encourages plant growth, sometimes resulting in ‘algal blooms’ which reduce light and oxygen levels in the water. This alters plant communities and kills fish.

In some areas, like the Gulf of Mexico, the effects of nitrogen pollution from farming are so severe, it’s resulted in a marine ‘dead zone’ the size of Wales. This comes with disastrous consequences for biodiversity and local livelihoods.

These effects are felt in the UK too, only 16% of rivers, lakes and seas in England are considered close to their natural state - largely as a result of nitrogen and phosphorous surplus. 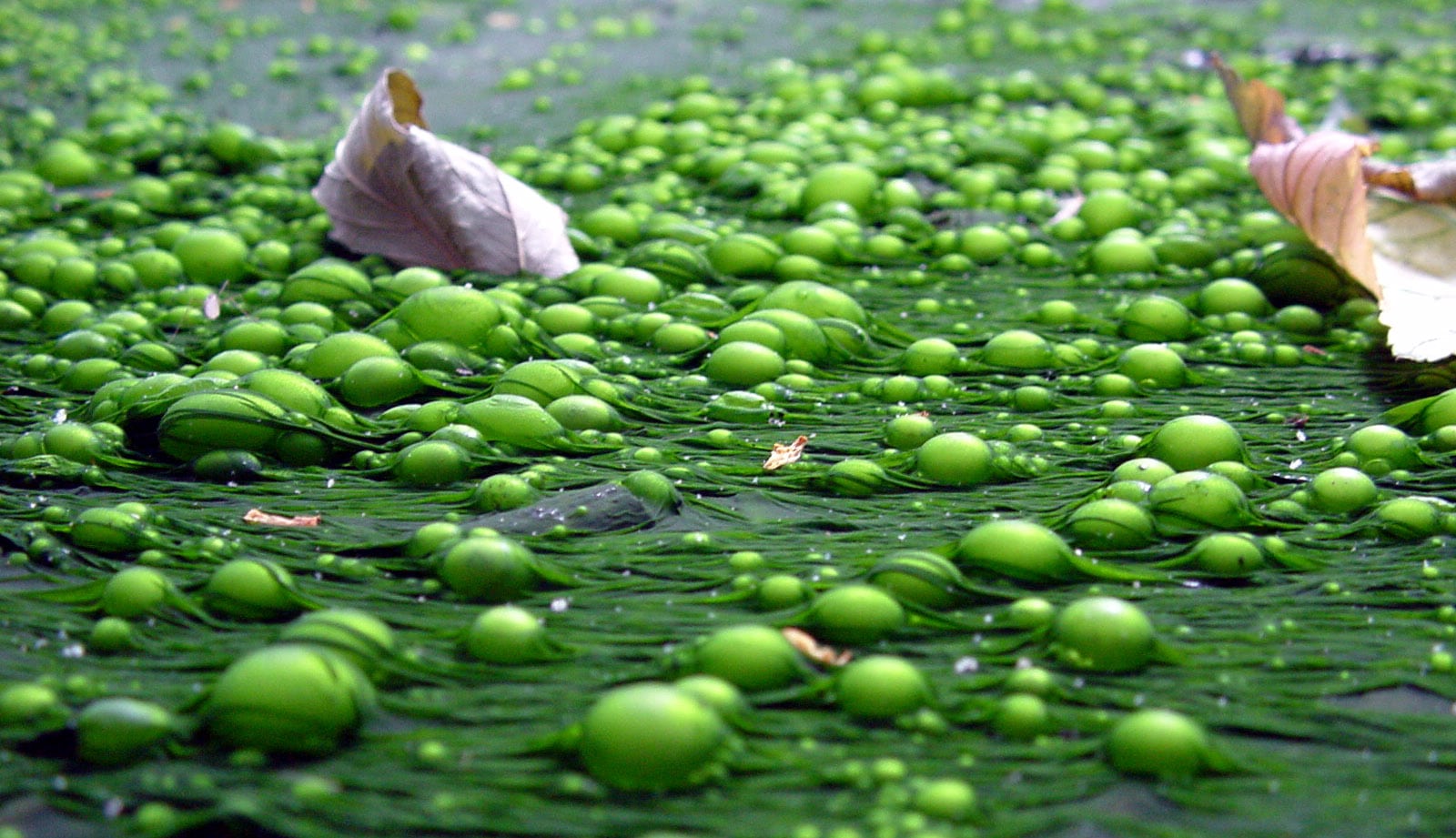 Is nitrogen harmful to humans?

When agricultural ammonia, mainly arising from the breakdown of manure and slurry, combines with pollution from car exhausts and industry it creates dangerous particulates in the air. Air pollution like this can lead to many health problems, ranging from asthma to heart disease.

Most air pollutants are decreasing in the UK, but ammonia remains high - and most of these pollutants come from farming. For people living in close proximity to intensive livestock ammonia hotspots, the pollution can be both overwhelming and dangerous.

But it doesn’t have to be this way. A recent analysis modelled how halving agricultural emissions could prevent 52,000 deaths a year in Europe.

We still have a long way to go to reduce nitrogen pollution but some protective measures have been put in place to address the health risks of nitrogen-related water pollution. Historic health scares such as ‘blue-baby syndrome’ – where it was perceived that high nitrate levels in water reduced children’s ability to absorb oxygen – have led public policies to control the level of nitrogen in the UK’s water supply.

These policies brought an end to that health scare; but keeping nitrates at a safe level in drinking water costs millions of pounds every year, a cost that is picked up in our water bills.

Fixing the nitrogen problem: What can I do?

Here are three ways you can help mitigate the effects of nitrogen pollution:

1. Use climate- and nature-friendly growing methods at home

You can build soil fertility naturally by using compost. If you’re making your own, we’d recommend using half green material that’s high in nitrogen – like grass clippings or food waste, and half brown material that has lots of carbon in it – such as wood, straw and cardboard.

You could also plant some nitrogen fixing species, like peas, beans or clover, to boost your soil health.

We must support farmers to transition to a future with less nitrogen.

Organic standards ban the use of synthetic nitrogen fertilisers. Organic and agroecological husbandry is rooted in working with nature and based on nourishing plants by building healthy soils.

Natural, sustainable soil fertility is encouraged through composting and crop rotation - with legumes and grass-fed animals cycling nitrogen back into the soil.

With the support of our members, our policy team is working hard to influence government on the issue of nitrogen pollution.

Our new report outlines how we can fix the nitrogen challenge. Solutions need to come at multiple levels:

We must understand the scale of the problem. On an international level, the climate impact of synthetic fertilisers must be considered as a priority for reaching global climate commitments; this should be addressed at the COP26 global climate summit in Glasgow.

We must incentivise and regulate farm practices to manage nitrogen more efficiently. More research is needed to find potential ways to reduce nitrogen losses to the environment on farm. Farmers must be supported to innovate and act fast to transition to alternate systems, like agroecology – for the benefit of climate, nature and health.

If you’d like to support our work, make a donation.