The Peatland Code is a voluntary certification standard for UK peatland projects wishing to market the climate benefits of restoration. It provides assurances to carbon market buyers that the projects they are investing in are credible and deliverable.

Soil Association Certification Ltd have been authorised by the International Union for the Conservation of Nature (IUCN) UK Peatland Programme to validate Peatland Code projects. If you have a project you would like to discuss, please contact us at peatlandcode@soilassociation.org.

About The Peatland Code

The Peatland Code is a new certification scheme to support the protection and improvement of UK peatlands. Landowners can use the Peatland Code to secure funding for Peatland restoration projects through carbon credits that can be sold to private carbon buyers looking to offset their carbon emissions.

Crucially, the Peatland Code guarantees independent validation and verification to its standards, providing assurance and clarity for carbon buyers that a project’s expected benefit is real, quantifiable, additional, and permanent.

With 80% of the UK’s Peatlands currently modified or damaged, the Peatland Code offers an exciting and cost-effective way to capture and store billions of tonnes of carbon, whilst also improving water quality and preventing biodiversity loss.

“We want to see two million hectares of UK peatlands in good condition, under restoration or being sustainably managed, by 2040.” IUCN UK Peatland Programme

This table provides an outline of the process of becoming Peatland Code validated, and later verified.

Our team can provide help and advice on the certification process. 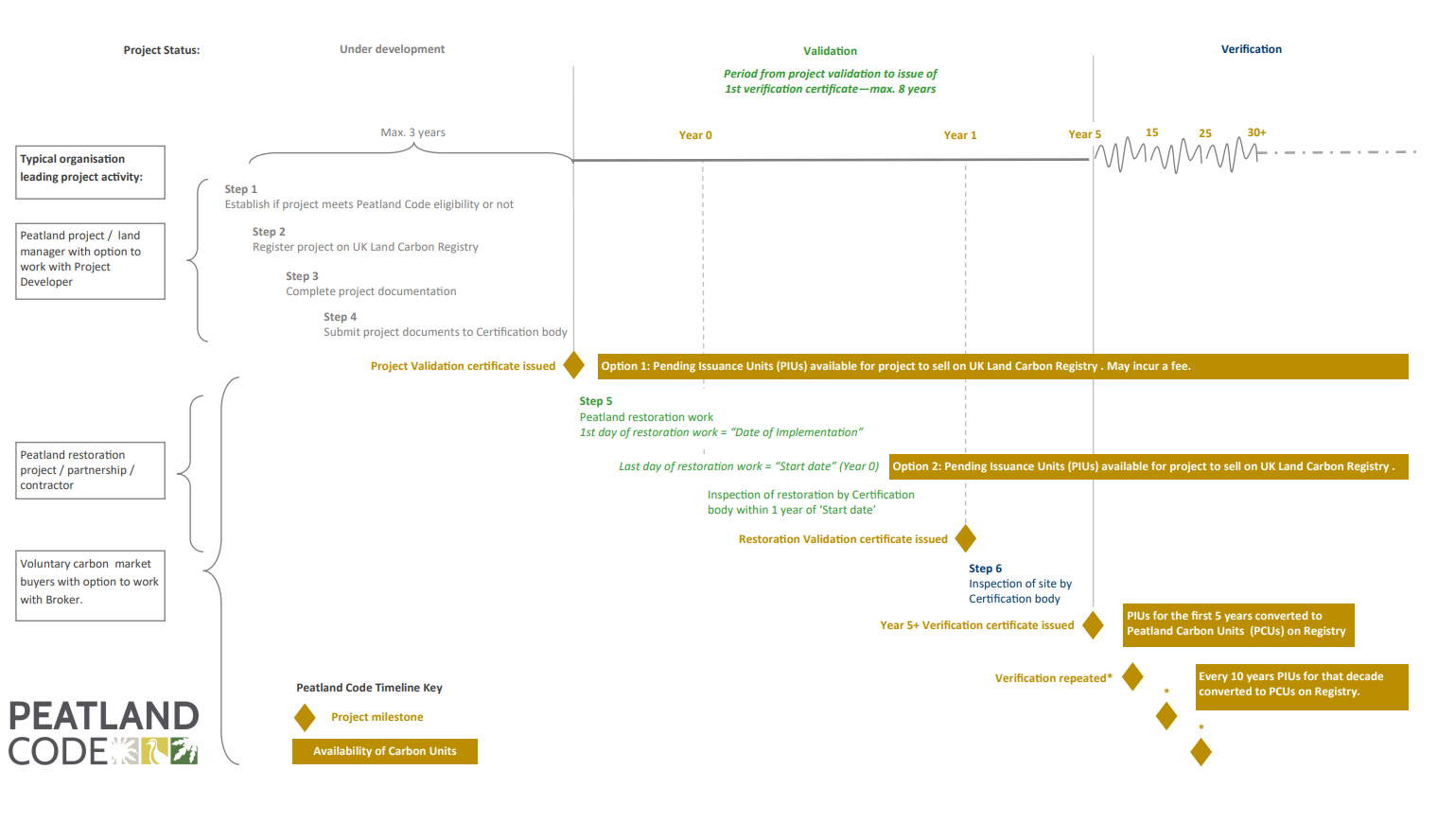 Soil Association Certification Ltd are authorised by the IUCN to provide validation and verification to the Peatland Code. Our team can offer expert advice on the steps to getting your project validated. Contact our team today: peatlandcode@soilassociation.org.