The Soil Association’s 2018 Organic Market Report – launched today, 7 February – reveals the UK organic market is now worth more than ever at £2.2 billion, growing 6% in 2017. The market has now had six years of steady growth, with organic accounting for 1.5% of the total UK food and drink market.

The future for organic is looking bright. In 2017, the amount of farmland in conversion to organic rose 22% as farmers responded to the rise in demand for organic produce. And with payment windows now open for Countryside Stewardship in England and the Agri-Environment Climate Scheme in Scotland, the amount of farmland being converted to organic is expected to keep rising, particularly in light of the Government’s  25 Year Environment Plan which calls for agriculture that supports the natural environment.

With ‘organic’ increasingly considered synonymous with ‘health’, people interested in health and wellbeing are increasingly opting for organic fresh produce.

Adam Wakeley of Organic Farm Foods said: “Organic fruit has been a star performer over the past year, and we’ve certainly seen all of fresh organic produce grow. One reason is down to an evolving consumer profile – millennials are now our biggest customer group, and they show a huge interest in food provenance and health. They understand that having food grown in an environmentally friendly way is a good thing. We believe their attitude is here to stay, and will continue to drive growth in the future.”

While sales of organic food in supermarkets continue to rise, this year has seen booming sales in independent retail and home delivery. Expanding online ranges, and growing interest in box schemes, means these areas are now growing at a faster rate than supermarket, and between them account for almost 30% of the organic market.

For some farmers these alternative routes to market, coupled with the increased consumer interest in food provenance, have been crucial to their success. Eversfield Organic sells its organic meat almost exclusively online and through small retailers and, despite not selling in supermarkets, the company’s sales grew by 20% last year. Last November, it expanded its range by acquiring the Well Hung Meat Company.

Mark Bury, Managing Director of Eversfield Organic, says quality and convenience are key: “People always ask about where their meat comes from, and over the past few years we’ve seen a massive change of people wanting to understand what organic farming is all about. Customers are looking for convenience and for suppliers that meet their values. We’re seeing people change the way they buy meat, buying less, but buying better quality cuts of meat.”

Organic sales in foodservice are also on the rise, now worth £84.4 million. Spend on organic through the Food for Life Served Here scheme has doubled in the past two years, reaching £18 million in 2017, and the Organic Served Here scheme has doubled its membership since it launched one year ago. The 2017 Out to Lunch report also found organic had doubled on the high street, with twelve out of the twenty-five restaurant chains surveyed using organic ingredients – up from six in the previous report.

Helen Browning, Soil Association Chief Executive, said: “It’s great that organic is seeing consistently strong growth in the UK, and that people are supporting organic farmers by putting trust in their produce. Trust is something that’s increasingly important: people want to understand where their food has come from, how it has been produced, and more and more shoppers want to buy local and British. The customer is increasingly interested in the provenance and traceability of their food, and this is an area organic can really deliver on.

“While the domestic market is expanding, UK organic products also have a great reputation overseas, so securing the right trade deals post-Brexit could bring further export potential for organic produce. And the growing recognition of organic food and drink in restaurants and cafes creates opportunities for organic farmers to access new markets here at home.”

We've also released our annual Organic Beauty & Wellbeing Market Report which reveals a 24%  growth in certified organic beauty & wellbeing, making it the 7th year of consecutive growth for the sector. 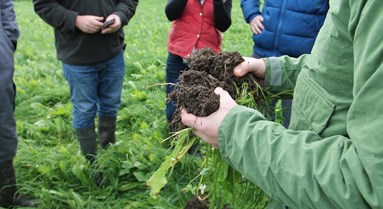 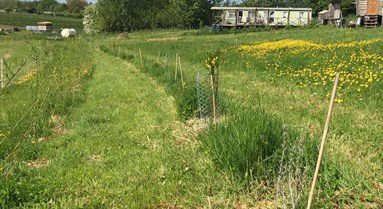