A sneak preview of the latest proposed changes to the draft EU organic regulation are encouraging and it’s clear that the Commission is listening to the comments Soil Association Certifiaction have put forward.

We have been very involved in the consultation that has taken place over the last year and have tried to engage with as many licensees as we can that want to be actively involved in the process. (Anyone wanting to get more involved please let us know.) There were a number of areas that we were very concerned about the proposed changes and we have been busy feeding into the consultation process (through Defra and other European groups such as European Organic Certifiers Council and IFOAM and directly with the Commission), to raise awareness of the concerns and suggest amendments.

One welcomed change is the removal of the prohibition of organic and non-organic production units under the control of one operator. This would have had a significant impact on UK organic production. Although we are encouraged that the Commission has listened to our concerns and is suggesting some significant changes to the text, we are still concerned about a lot of the proposals in the draft regulation and are strongly opposing a rush to vote through any changes. We are committed to continue to work with Defra and other effective agencies and stakeholders to ensure that the necessary changes are made to the areas of the draft regulation that we know will have a detrimental impact on UK organic production and will not ensure that organic principles and integrity will be maintained.

There has been significant progress on improving the proposed text of the draft regulation. Some key principles were agreed before the Italian presidency left in December which will make some positive foundations for further discussions with the incoming Latvian presidency. Some of these key principles are copied below.

1. Maintaining the status quo as regards mixed farms;
2. Introduction of the derogations for the use of non-organic seeds, non-organic animals and non-organic juveniles, in line with the existing rules;
3. Elimination of the obligation to put in place an environmental management system;
4. Introduction of the possibility of using non-organic ingredients for the preparation of food and feed;
5. Exclusion of some categories of retailers from the control system;
6. Maintaining the vendor declaration confirming the absence of GMOs in the organic products;
7. Maintaining the status quo regarding the use of in-conversion feed;
8. Maintaining existing conversion rules.
These do address some of the major concerns we have( but there are still a number of issues that need to be addressed).
The Commission, in its work plan for 2015, has indicated that if significant progress is not made on the proposal within the next 6 months it will be considered for withdrawal. We expect the negotiations to move quickly under the Latvian Presidency so we will be very busy over the next few months making sure that we are communicating clearly all outstanding issues and suggesting amendments in the proposal.

Defra have been very engaging and have done a good job at listening to us and other stakeholders and representing the UK organic farmers in the discussions in Brussels.

One key area that we are still very concerned about is the suggested threshold of prohibited substances that would affect the organic status of products. Defra are currently trying to compile evidence of the impact this change would have on the organic market. We are strongly opposed to the introduction of an arbitrary threshold and will be working hard suggesting amendments to the proposed regulation that will maintain organic integrity and focus on organic production methods so organic farmers are not punished for environmental contamination which is out of their control.

If you would like to be actively involved in this opportunity to feed into the revision of the regulation and if you have some specific details where the proposed changes will impact your organic business, please contact us so we can feed this into the consultation process. 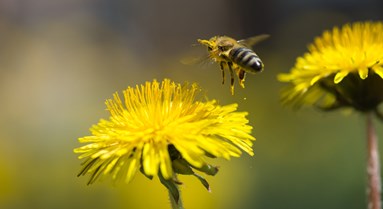